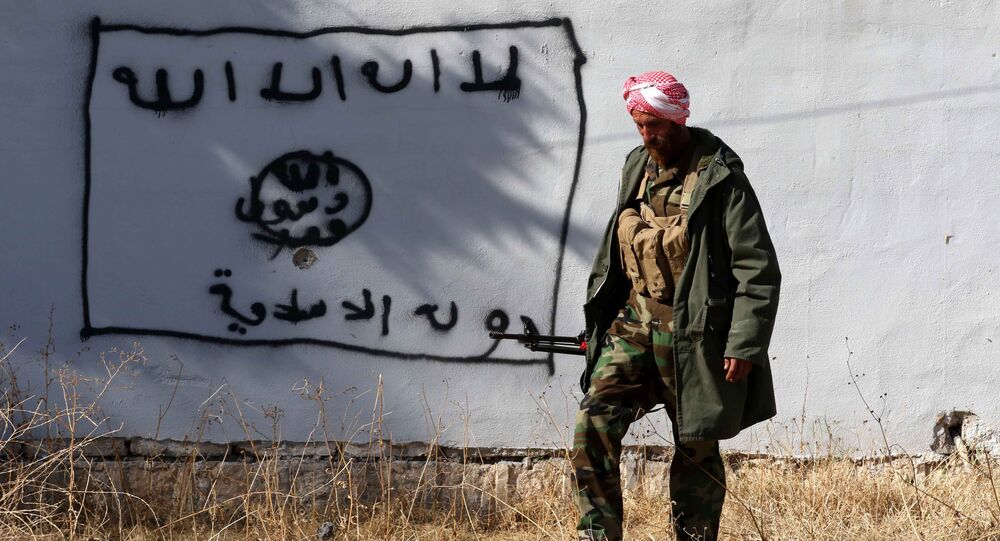 Russia and Iran will continue their counter-terrorism cooperation, including launching of the political process for the Syrian settlement, Russian President Vladimir Putin said Monday.

TEHRAN (Sputnik) – Syria has been in a state of civil war since a 2011 political crisis, with government forces fighting opposition factions aiming to overthrow Syrian President Bashar Assad, as well as various Islamist groups, including the Islamic State and the Nusra Front.

"We shall continue our coordination in the fight against terrorism. We shall strengthen our interaction within the framework of the international group on Syria, including for implementation of the decisions on the launch of comprehensive intra-Syrian political process," Putin told a press conference after talks with his Iranian counterpart Hassan Rouhani at the Gas Exporting Countries Forum in Tehran.

© REUTERS / Brendan Smialowski/Pool
Paris-Like Terror Attack in US Probably Inevitable - Kerry
Russia and Iran are the countries making extensive efforts to support the government of the conflict-torn Syria in the fight against terrorism.

In late September, Russia, Syria, Iraq and Iran created the Baghdad Information Center to coordinate joint military action against ISIL. The four countries are represented by officers of the national armed forces, whose primary task is to collect and analyze data related to militant operations in the region

Earlier this month, a fresh round of international talks on Syrian reconciliation, which involve Russia, the United States, Iran, among others, was held in Vienna.

US Public Has Lost Faith in Obama's Ability to Defeat ISIL