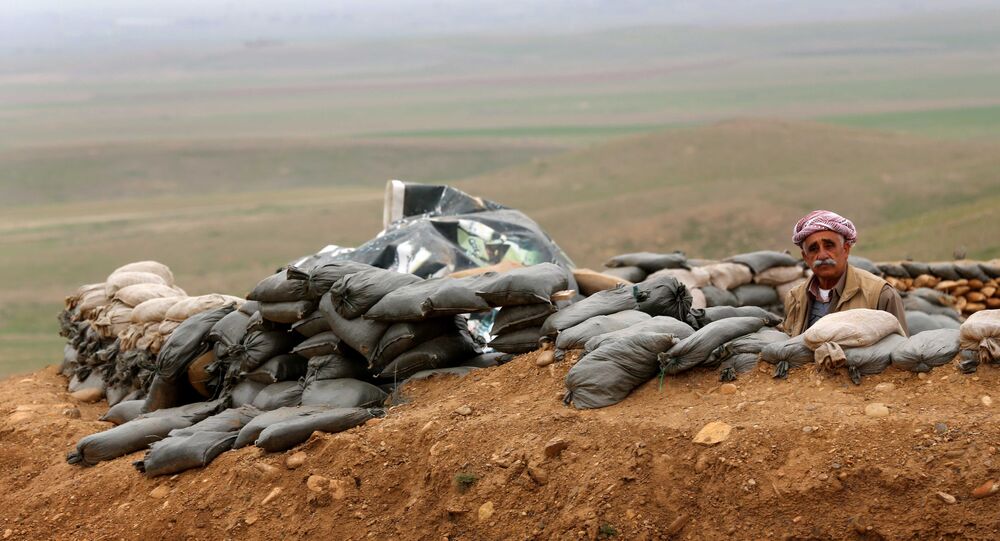 Terrorists of the so-called ‘Islamic State’, or ISIL, keep on surrendering to Kurdish forces with several hundred more already having capitulated, according to local media.

He further explained that some jihadists retreated to their stronghold Mosul, while others continue surrendering to his units.

#Peshmerga repelled a #ISIS attack a few days ago in #Gwer #TwitterKurds pic.twitter.com/FkzB0igHed

On Saturday, Peshmerga fighters reportedly captured three ISIL field commanders, who were attempting to sneak into the predominantly Kurdish Sinjar District in the northwest of Iraq, the DPA News Agency reported quoting sources in the Kurdish militia.

Kurds now control a road that connects Mosul and the town of Sinjar. ISIL fighters are looking for an escape, as their casualties keep increasing, Peshmerga General Taib Abdullah Gurdy told Sputnik in an interview.

According to the Peshmerga general, there are no Iraqi government troops fighting against ISIL, but several units of Kurdish volunteer militia forces.