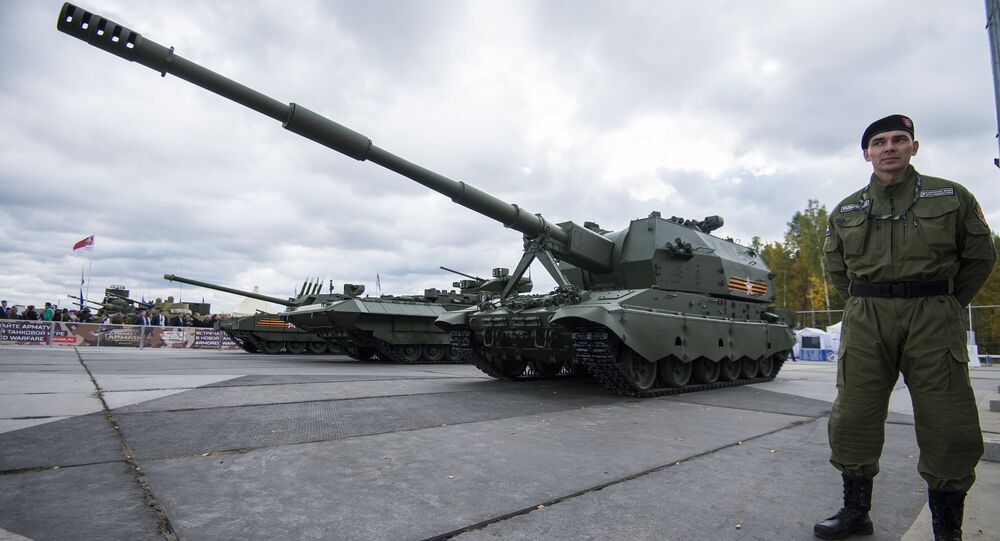 He pointed out that Koalitsiya has a very high degree of automation, with the turret being completely unmanned and the vehicle’s crew residing within the hull.
The new 2S35 Koalitsiya-SV self-propelled gun was first presented to the public during the Victory Day Parade in Moscow on May 9, 2015.