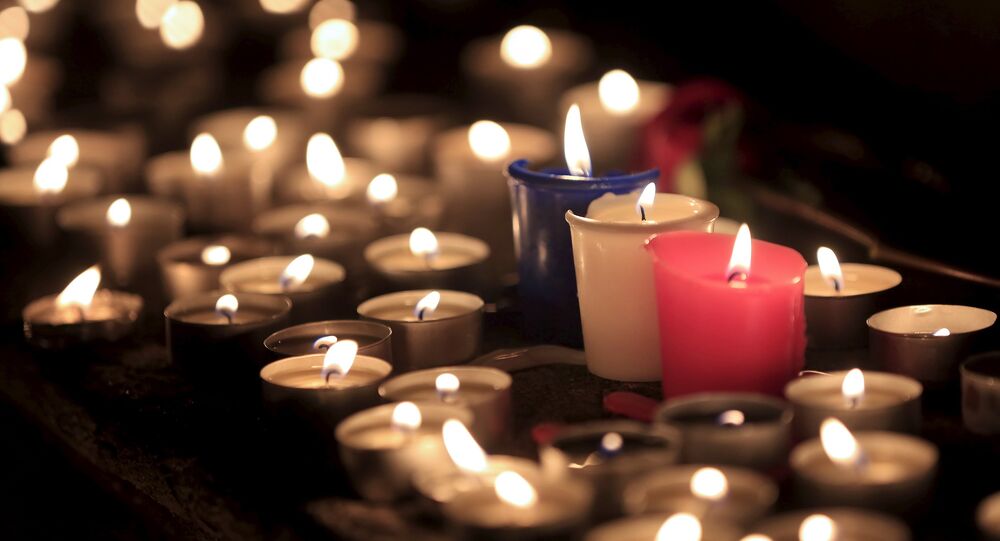 Though NATO declares security as its main aim, the Alliance failed to thwart the attacks in Paris. Moscow remains ready to cooperate with Brussels on countering threats, the Russian Foreign Ministry spokeswoman said.

MOSCOW (Sputnik) — The strengthening of the NATO infrastructure in Europe failed to protect the people in France and other EU countries from terrorist attacks, Russian Foreign Ministry spokeswoman Maria Zakharova said on Saturday.

"[NATO] is an organization which declares security as its primary aim, the security of the citizens of its member states. This is the trump card. Where was the organization, where was the North Atlantic Alliance when gunfire and explosions were heard at seven locations across Paris? This is a tragic situation."

"The infrastructure, which is now so actively disseminated [by NATO] reinforcing troops here and there across Europe was not enough to save lives," Zakharova said in an interview published on the Vesti TV program’s website.

Restart of NATO-Russia Council Up to Brussels

Russia believes that emerging global challenges should be tackled jointly, including with NATO, but the decision on whether to revive the NATO-Russia Council is up to Brussels, Zakharova added.

"It is a question you should ask our NATO colleagues," she said answering the question whether the two sides wanted to work together.

"We did not close any doors or shut channels for dialogue. It should be clear to everyone that there are threats that can be taken on only collectively."

In April 2014, NATO foreign ministers announced that they had suspended indefinitely all practical civilian and military cooperation with Russia, following the start of the Ukraine crisis.

Why is NATO Staying Out of War on Terror?

EU Must Be Careful About Montenegro NATO Accession to Avoid Unrest

Will France Turn to NATO for Help in Responding to Terror Attacks?