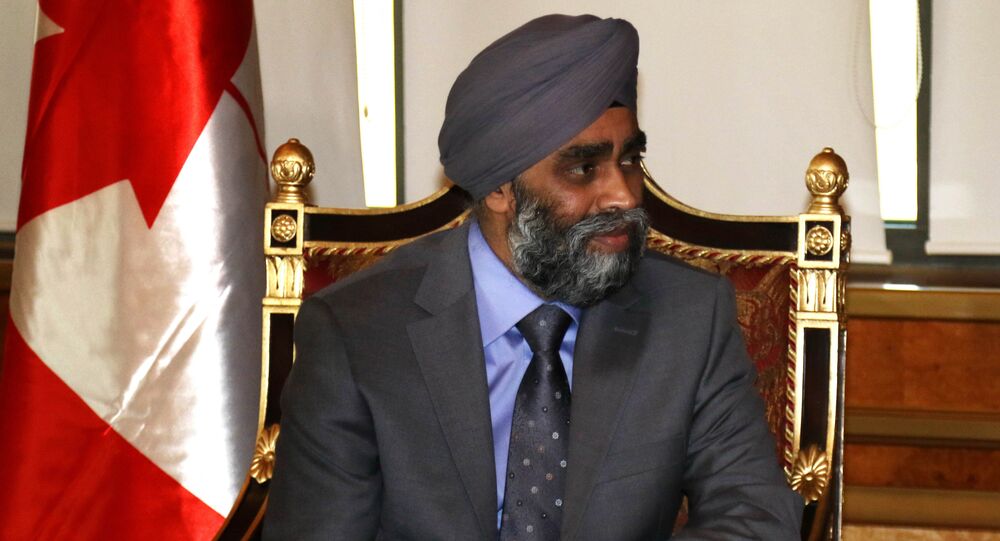 The Canadian government will be mindful of its responsibilities in deciding the extent to which the country will participate in the US-led coalition against ISIL.

WASHINGTON (Sputnik) — The Canadian government will be mindful of its responsibilities in deciding the extent to which the country will participate in the US-led coalition against the Islamic State, Canada’s Minister of National Defense Harjit Sajjan said at the Halifax International Security Forum on Friday.

"We are very mindful of our responsibility with the Coalition and the decision that we do make for this is going to be… we will do it in a responsible manner," Sajjan stated.

During his campaign for Canada's prime minister, Justin Trudeau stated that he would withdraw the Canadian air force from the anti-Islamic State coalition.

© Flickr / U.S. Department of Defense
US-Led Coalition Against ISIL Conducts 20 Airstrikes in Iraq
However, Trudeau said on Thursday that Ottawa remains to be a committed partner in the coalition and will help fight the terrorist group in both diplomatic and military terms.

"We [the government] are doing readjustment, making sure that the contribution that we do provide is going to have a meaningful impact and this is not a one-step solution to this problem," Sajjan stated.

Canada’s bombing campaign in the Middle East is expected to end by March 2016.