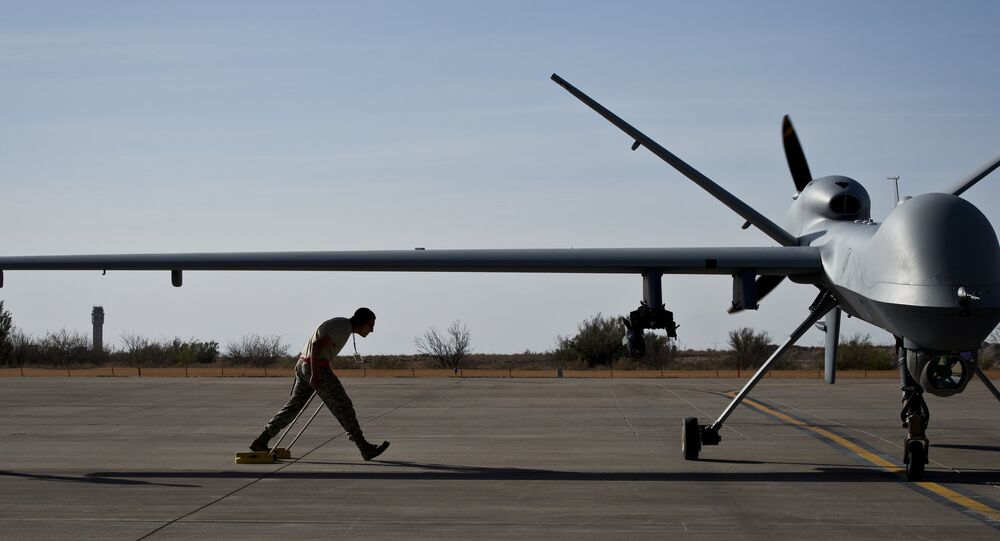 Former US drone operators featuring in Tonje Hessen Schei’s documentary “Drone” have revealed an ugly truth behind the CIA-controlled program they were long a part of.

According to the whistleblowers that had spent years operating unmanned drones carrying missiles in places like Afghanistan or Iraq, they had hard time maintaining their sense of humanity while at their job after quitting.

They confessed that the so-called US “anti-terrorism” drone program was not just ill-managed and ineffective, but left them struggling to overcome suicidal thoughts.

Former drone pilot and instructor Michael Haas, who served with the 15th Reconnaissance Squadron and 3rd Special Operations Squadron from 2005-2011 and worked out of Creech Air Force base near Las Vegas, said that alcoholism wasn’t at all considered a problem as it was the only way to get through shift and “picture yourself not there”.

“Every night we would get off our shift and we’d drive into Las Vegas and drink for three or four hours.” Haas said. “I also had a cocaine problem…I’d take little bumps of bath salts and then go and instruct a ride.”

He also recalled being instructed to dehumanize targets to such an extent that he would call children he and fellow operators monitored with their drones “tits”, or “terrorists in training”.

The Questionable accuracy of the target selection process accompanied by regular killings of innocent civilians was the hardest thing to bear, the whistleblowers claimed.

© AFP 2020 / YURIY DYACHYSHYN
US to Train Ukrainian Military in Counter-Drone Tactics
According to Brandon Bryant, a former special operations Staff Sergeant, one of his most controversial missions involved a missile fired at a group of men who he had tracked crossing border between Afghanistan and Pakistan. Bryant was told the men were carrying explosives and were going to pass them on to other militants.

“We waited for them to go to sleep and then we killed them,” he said.

But no secondary explosion followed, which meant the men were not actually carrying munitions.

“Not all ‘enemies’ were ‘enemies’” said another whistleblower, former airman Cian Westmoreland who worked out of Afghanistan’s Kandahar air base.

Westmoreland is officially responsible for “204 enemy kills”, but he knows for sure that many of those 204 were peaceful civilians and it still haunts him.

This US military tactic creates more terrorists than it kills, the former operators believe, for extremists exploit the fallout from drone strikes as recruitment tool. As tragic as it is, the program has only fueled the feelings of hatred that ignited terrorism.