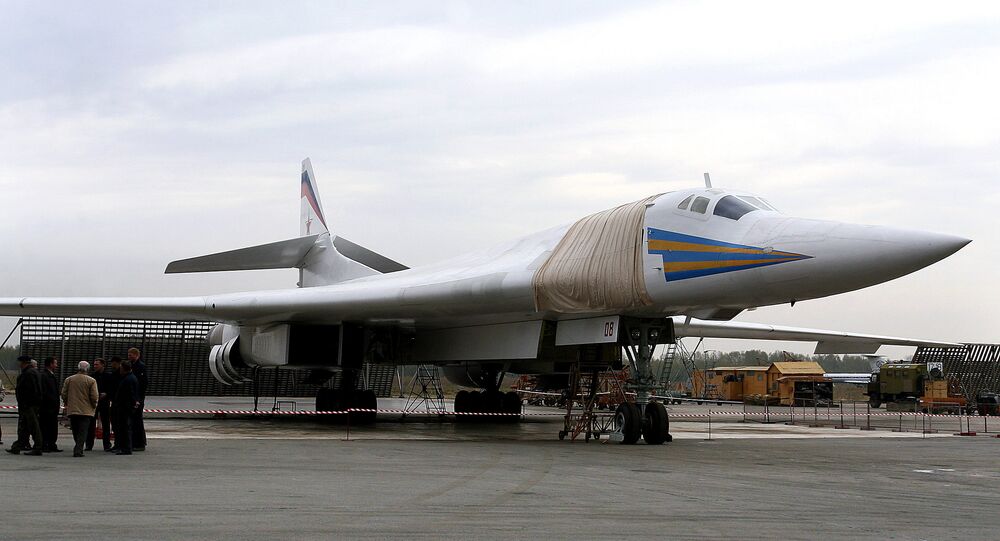 Why Russia Sent Long-Range Bombers to Crush ISIL in Syria

November 17, 2015, will go down in history of the Russian Armed Forces as the day when Moscow sent its strategic bombers into combat for the first time in the 21st century.

© Fotobank.ru/Getty Images
Russia's Strategic Bombers Tu-160, Tu-95MS Go Through Baptism of Fire in Syria (VIDEO)
Following a terrorist act which brought down a Kogalymavia Airbus A321 passenger airliner, claiming the lives of all 224 people on board, Russia pledged to boost its counterterrorism efforts in Syria. The country deployed 25 long- and medium range bombers, including the Tupolev Tu-95 (Bear), the Tupolev Tu-160 (Blackjack) and Tupolev Tu-22 (Blinder), as well as eight Sukhoi Su-34 strike fighters.

These aircraft were sent on a mission to launch massive airstrikes in the provinces of Raqqa and Deir ez-Zor. A total of 34 cruise missiles destroyed 14 key ISIL targets on November 17. Overall, strategic bombers significantly boost fighting efficiency.

Russian forces have become markedly more active in Syria – they conducted 127 sorties hitting 206 terrorist targets on the first day of the new phase of the counterterrorism operation. In the coming days, Russian forces will have conducted over 2500 sorties since the operation was launched on September 30.

© Photo : Ministry of Defence of the Russian Federation
Russia's Brand New Cruise Missile Spotted on Video
Russia seems to be determined to use the best weapons at its disposal in the fight against the self-styled Islamic State, a brutal group which took responsibility for the Flight 9268 crash, as well as the night of terror in Paris on November 13 and deadly bombings in Beirut two days earlier.

Russia has been engaged in counterterrorism efforts in Syria following a formal request from President Bashar al-Assad. In addition, Moscow has been active in trying to create a major coalition to fight ISIL. Earlier this week, Vladimir Putin and French President Francois Hollande agreed to coordinate military activities in Syria.

Dodik: Syria Conflict Would Have Lasted for Decades Without Russian Strikes