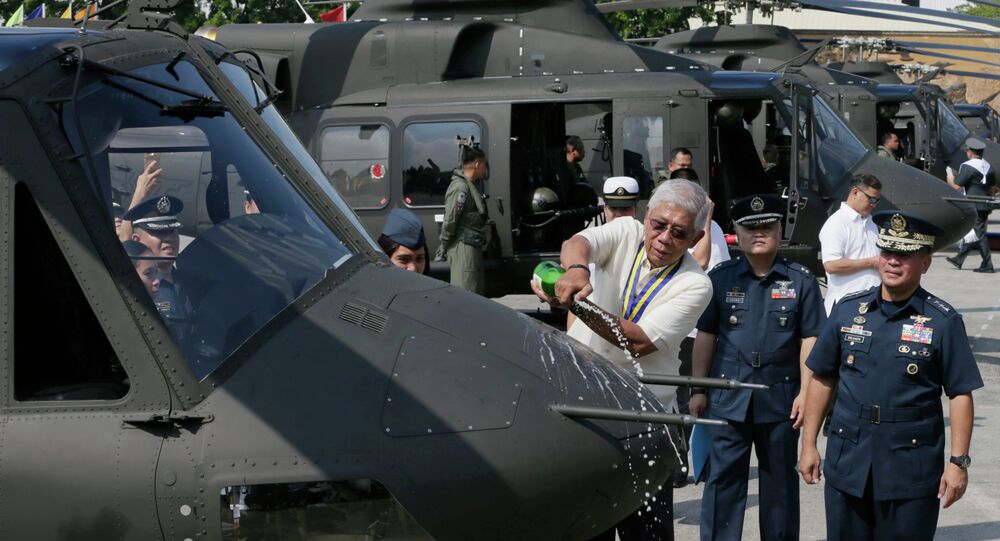 US Approves $80Mln Sale of Bell Helicopters to Argentina

The United States has authorized an $80 million sale of Bell helicopters to Argentina.

© Photo : Youtube/sky one
Terrifying Footage of Passenger Plane Flying Under Helicopter
WASHINGTON (Sputnik) — The United States has authorized an $80 million sale of Bell helicopters and related equipment and parts to Argentina, the US Defense Security Cooperation Agency said in a release on Wednesday.

"The State Department has made a determination approving a possible Foreign Military Sale to Argentina for Bell 412EP helicopters and associated equipment, parts and logistical support for an estimated cost of $80 million," the release stated.

The United States has been increasing its military spending with similar deals to European, Asian and Persian Gulf states in recent weeks as part of efforts to boost the defenses of its allies worldwide.

"The proposed sale will contribute to the foreign policy and national security of the United States by providing Argentina with air mobility capabilities to support various missions, including humanitarian assistance and peacekeeping," the release noted.

Argentina will use the aircraft for search and rescue operations, humanitarian aid, peacekeeping efforts, and other missions, according to the release.