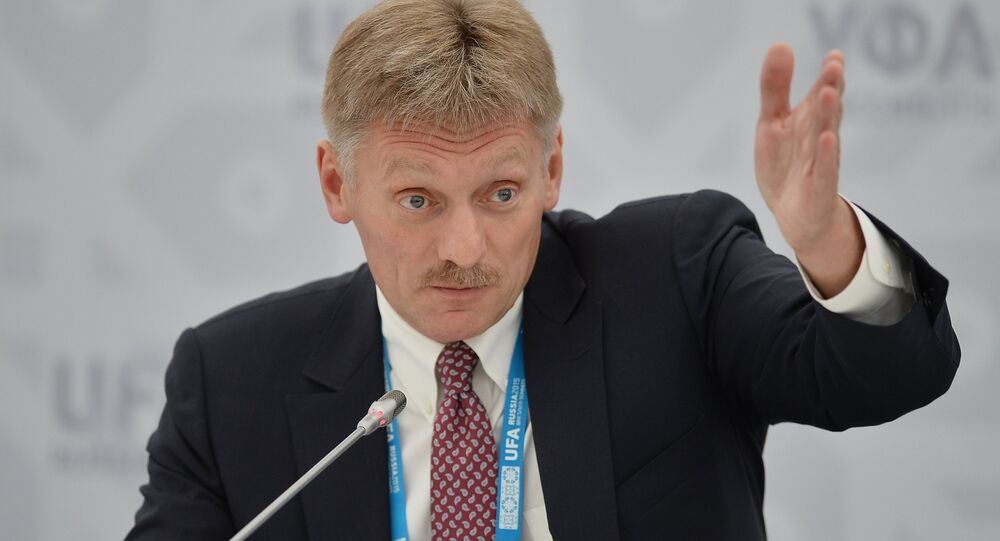 No Russian Troops Involved in Ground Operation in Syria - Kremlin

According to Kremlin spokesman Dmitry Peskov, no Russian ground troops are present in anti-terrorist operation in Syria.

"No Russian ground troops are present there and the Russian military is not conducting a ground operation, as the Russian president stated on a number of occasions," Peskov told reporters in Moscow.

"I don't know what facts this information is based on. Obviously, there is technical contingent there to support the Russian air group operations," Peskov said in response to media reports of alleged fire support of Syrian army offensive provided by Russian ground troops deployed in Syria.

Russia commenced precision airstrikes against terrorist targets in Syria on September 30, following a request from Syrian President Bashar Assad. The same day, Russian President Vladimir Putin said the Russian forces would provide support to the Syrian Army only by air, ruling out the possibility of Russian ground operations in the country.

Timing of Russian Operation in Syria Unaffected by A321 Blast Confirmation

Pentagon Unwilling to Release Details of Operation on Turkish Border