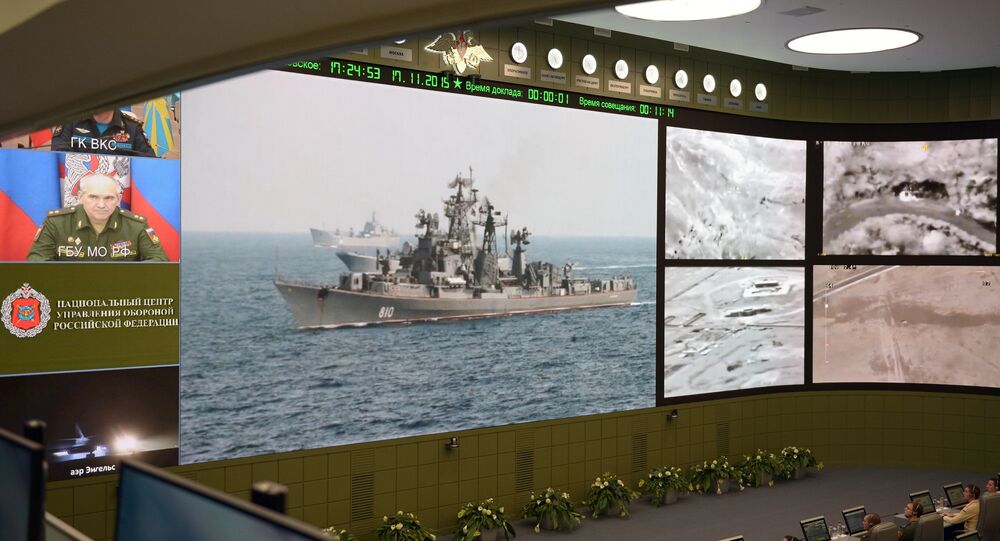 Putin ordered the Moskva cruiser to cooperate with a French naval group in the fight against the Islamic State.

Russia's President Vladimir Putin ordered the Moskva missile cruiser stationed in the Mediterranean Sea to establish contact with a French naval group which will soon arrive in the area.

"A French naval group led by an aircraft carrier will soon enter your area of operations," Vladimir Putin old Oleg Krivorog, who heads the Russian naval unit protecting the airbase in Syria hosting Russian warplanes. "It is necessary to establish direct contact with the French and work with them as allies."

"The chief of general staff and the defense minister have received relevant instructions. We must work out a plan for joint actions both at sea and in the air," the president continued.

"To continue personal dialogue on the fight against terrorism as well as other relevant topics during a meeting in Moscow on November 26," according to statement made by the Kremilin.

Hollande, who skipped the weekend's G20 summit due to the Paris attacks, said Monday that he would meet with the leaders of Russia and the United States to discuss joining forces against terrorism. The French leader is set hold talks with US President Barack Obama in Washington on November 24.

US Enters Operation With Turkey to Close Syrian Border - Kerry