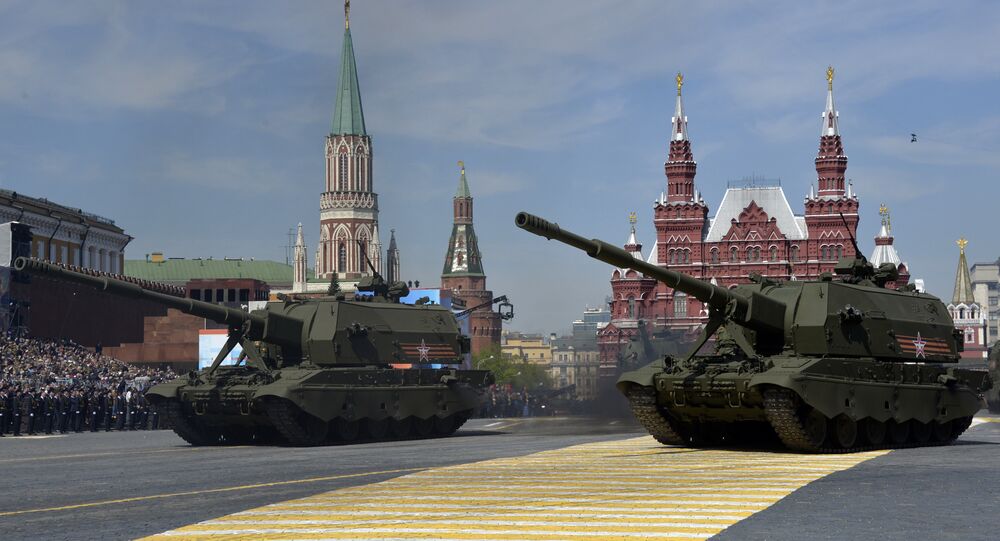 Russia's state-of-the-art 2S35 Koalitsiya-SV self-propelled gun can be mounted on the chassis of the country's Armata combat platform, according to media reports.

© Sputnik / Sergey Mamontov
Armata Manufacturer Aims to Introduce New Combat Robot Prototypes
The modular design of the Koalitsiya-SV artillery section allows it to be adapted for the Armata Universal Combat Platform, according to the press service of Uralvagonzavod, the world’s largest tank manufacturer.

The 152mm Koalitsiya-SV self-propelled gun, with its maximum firing range of up to 70 kilometers, is designed to eliminate enemy tactical nuclear weapon systems, artillery and mortar batteries, armored units and infantry, anti-tank weaponry, anti-aircraft and missile defense systems and command and control installations.

Due to its pneumatic loader and microwave shell priming system, the Koalitsiya-SV is capable of firing up to 16 shells per minute. The self-propelled gun’s ammunition capacity is 50-70 shells, including precision-guided munitions linked with the GLONASS system.

The new weapon was presented to the public during the Victory Day Parade in Moscow on May 9, 2015, along with the new main battle tanks and IFVs based on Armata Universal Combat Platform.