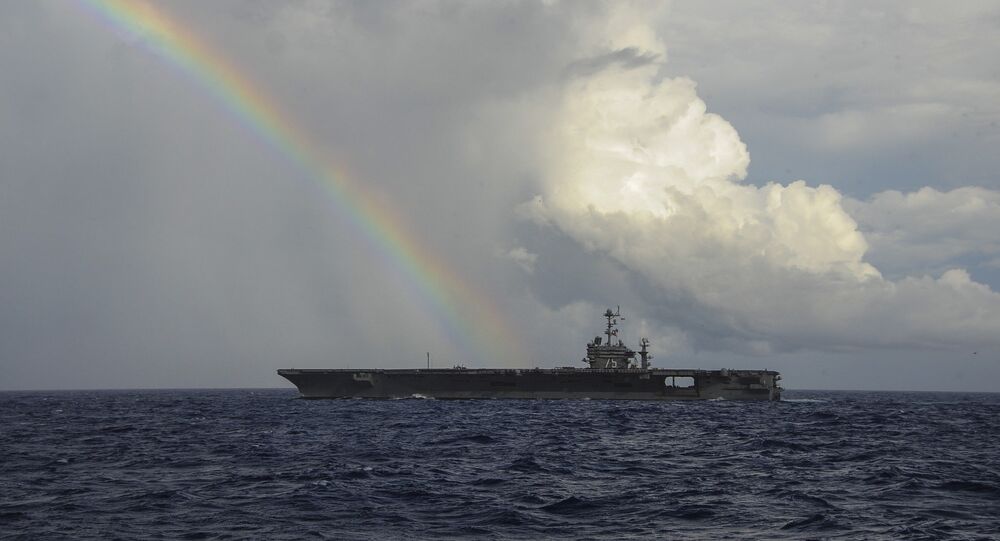 The nuclear-powered aircraft carrier Harry S. Truman sailed for a long-planned seven-month deployment to the Middle East, the US Navy announced.

WASHINGTON (Sputnik) — The carrier and its strike force sailed on schedule on Monday, as tensions mounted in the Middle East following Friday’s terrorist attacks in Paris that killed more than 130 people, and France's retalitary airstrikes in Raqqa, Syria over the weekend.

"We certainly extend our condolences to the French and look forward to supporting them as part of a coalition in any way that we can," Rear Admiral Bret Batchelder, the Truman carrier strike group’s commander was reported as saying by the Navy Times.

© AFP 2020 / PATRICK BAZ
France Sending Aircraft Carrier to Fight ISIL in Syria
The carrier group had been scheduled to sail for the region for months, but a senior naval officer said the Paris attacks on Friday had added to the resolve of the more than 5,000 sailors, marine and airmen in the strike group.

The Truman's Skipper, Captain Ryan Scholl, told the Navy Times that there had been no changes to the forces deployment orders after the Paris attacks, but that there was a great determination among US sailors to support France following the terrorist attacks.