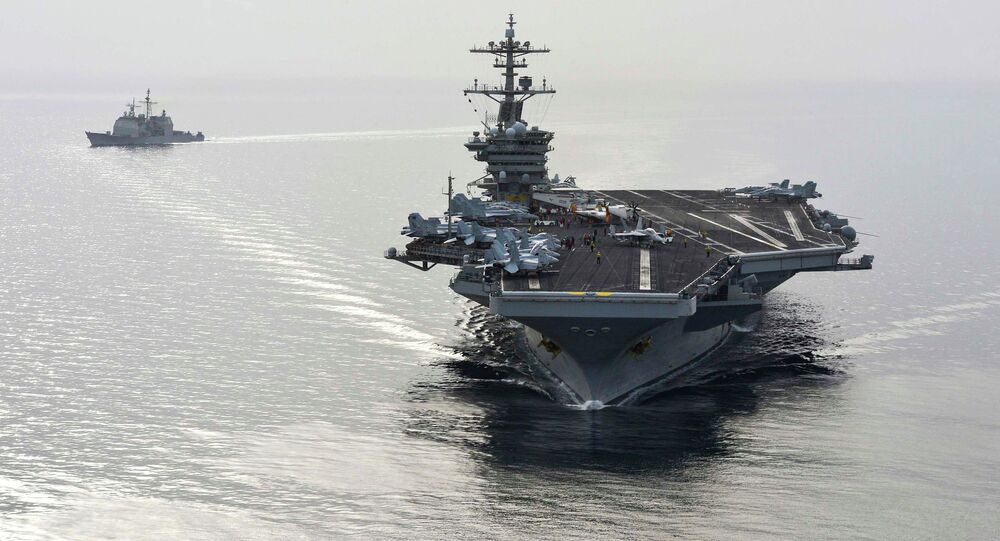 The US nuclear-powered aircraft carrier Theodore Roosevelt has left the South China Sea area of disputed islands for deployment in the eastern and northern Pacific Ocean, the US Navy announced on Friday.

WASHINGTON (Sputnik) — The 3rd Fleet’s areas of responsibility include the Bering Sea, Alaska and a sector of the Arctic, the Navy report noted.

China has been constructing artificial islands on top of the coral reef habitats of the Spratly Islands, a group of more than 750 islands and reefs, over the past year. Beijing claimed sovereignty over the land and the 12 nautical mile zone surrounding the islands.

The United States has repeatedly warned it does not recognize the Chinese claims of sovereignty over the man-made islands, and has stated it would continue to exercise freedom of navigation there.

On November 5, US Defense Secretary Ashton Carter visited the Theodore Roosevelt while it was in the South China to signal America’s determination to maintain a strong naval presence in the region.