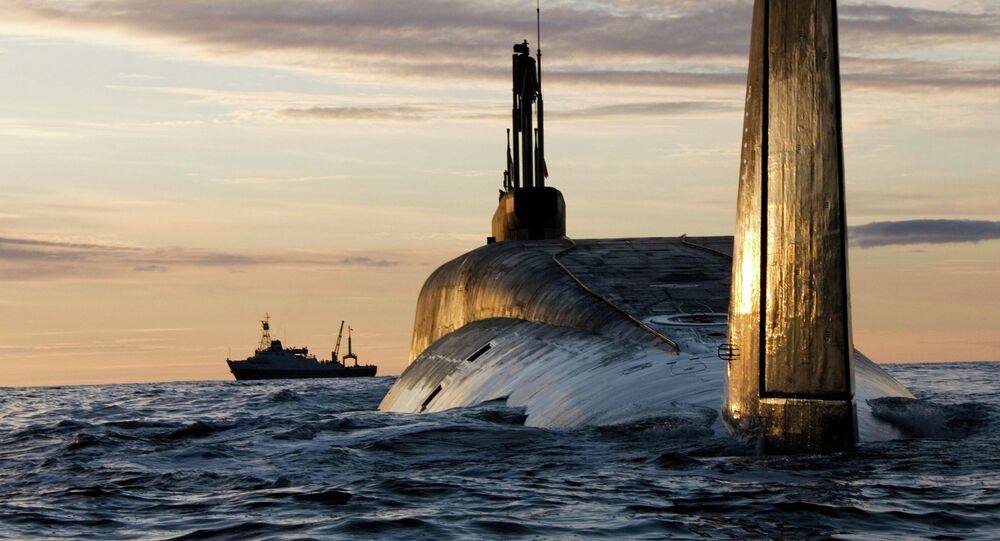 "We hope that nuclear weapons will never be used," he added. The underwater drone which Russia is apparently developing will primarily serve as a deterrent meant to assure a potential enemy that in case of an incoming attack Russia will be able to retaliate, the analyst explained.

In the future, the Status-6 could become one of several delivery systems (along intercontinental ballistic missiles, sky-borne cruise missiles with nuclear warheads, etc.) available to launch a retaliatory strike.

"The United States is actively developing anti-missile defense systems to create an impenetrable shield over its territory. These projects receive massive funding. But Russia will find a way to neutralize any military technical solutions the US could come up with," the analyst noted.

The Status-6 system is meant to deliver a nuclear warhead to the coastal area of an adversary. It is "essentially an autonomous underwater robot outfitted with a powerful nuclear warhead. The drone is capable of hitting a target located 10,000 kilometers (over 6200 miles) away," Korotchenko asserted.

© Sputnik / Alexey Kudenko
TV Channels Accidentally Air Images of Russia's New Secret Weapon
"The explosion will also cause a tsunami which will have catastrophic implications for the potential aggressor," he added.

The expert also noted that any reasonable American politician should understand that Washington has to discuss the US missile defense system with Russia. "We have repeatedly raised this issue in talks with our American partners but, sadly, received no response to Russia's initiatives. This could probably change now," he concluded.

The Status-6 project was inadvertently unveiled last week. A presentation slide with information on the top secret initiative was accidentally broadcast on Russian TV as part of a story covering Vladimir Putin's meeting with defense officials in Sochi.

A leak reveals a top secret military project of a nuclear torpedo in #Russia under the code name 'Status-6'. pic.twitter.com/Z6503FMuM1

"It is true that some classified information was captured on camera and subsequently deleted. We hope that this won't happen again," Kremlin spokesman Dmitry Peskov said on Wednesday. It remains unclear what stage the project is in and whether it will be completed.