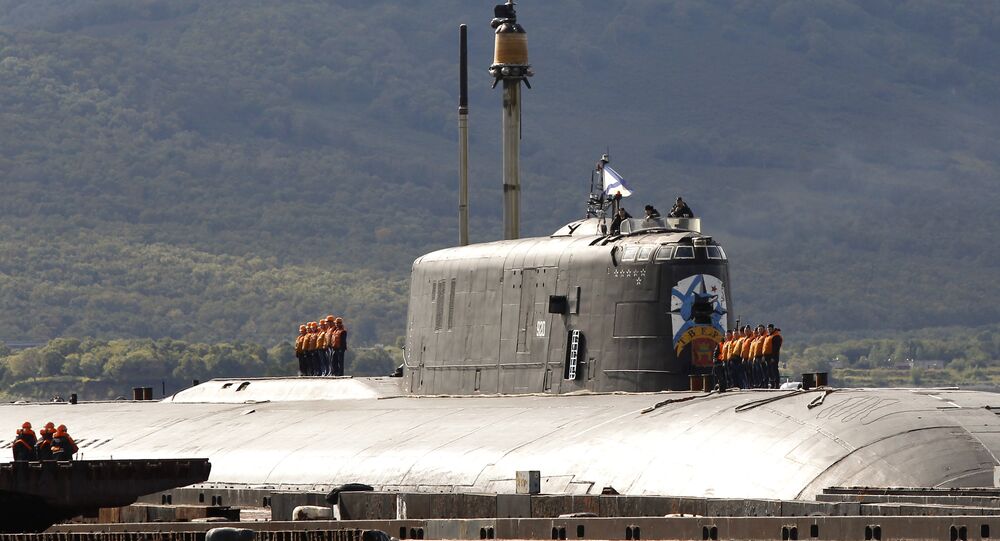 Russia is apparently developing an underwater drone which will be able to inflict massive damage to coastal areas as part of a top secret project known as Ocean Multipurpose System: Status-6.

© AFP 2020 / KIRILL KUDRYAVTSEV
Russia's S-400 Missile Defense System Has No Equal Globally
The project's title may not sound ominous but the weapon is meant to be extremely potent. The torpedo, equipped with a nuclear warhead, will be capable of causing "assured unacceptable damage" to an enemy by contaminating vast coastal areas rendering them completely unusable for long periods of time.

The drone, expected to have a maximum range of 10,000 kilometers (over 6200 miles) will be able to bypass NATO's missile defense system.

A presentation slide with information on the Status-6 project was accidentally broadcast on Russian TV as part of a story covering Vladimir Putin's meeting with defense officials in Sochi, the Kremlin confirmed.

"It is true that some classified information was captured on camera and subsequently deleted. We hope that this won't happen again," Kremlin spokesman Dmitry Peskov said on Wednesday.

© Sputnik / George Belyanin
Russia’s New Il-106 Plane Will Need No Airfields
Those present at the meeting were discussing ways of penetrating missile defense systems. Status-6 is believed to be one of possible solutions. However, it remains unclear what stage the project is in and whether it will be completed.

The document says that the drone will be developed by the Rubin design bureau. Two nuclear-powered "Project 09852" and "Project 09851" submarines that Rubin is currently working on will be tasked with launching the drone.

The Saint-Petersburg-based Rubin design bureau is responsible for developing the majority of nuclear subs in service with the Russian Navy, including the ultra-modern Borei class warmachines. The Project 955 submersibles are intended to serve as the backbone of Russia's maritime nuclear deterrence.

Russia to Double Arms Tests for Strategic Missile Forces in 2016