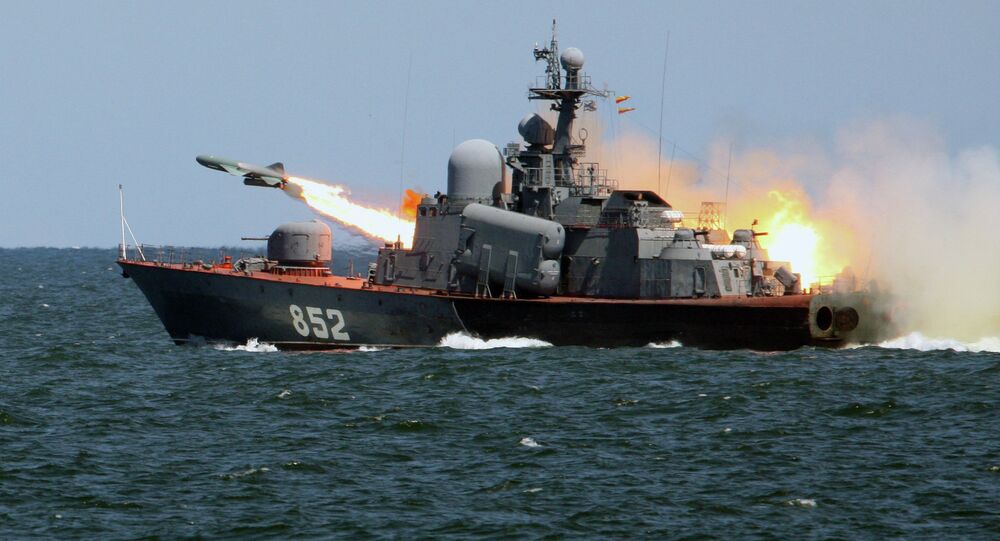 US and NATO troops should better stop posturing up and provoking Russia in the Baltic Sea, as the Russian Baltic Fleet can take control of the entire sea in a short period of time, blocking NATO from even entering the area, Commander of the US Army in Europe Ben Hodges said, according to the Baltic Times.

NATO troops would not be able to do anything to prevent the Russian Baltic Fleet from blocking the Baltic Sea and cutting off the three Baltic states — Estonia, Latvia and Lithuania — from the rest of the military alliance.

"Kaliningrad now has the ability to deny access of our [US] Navy or any NATO Navy to come to the Baltic Sea. From Kaliningrad Russia can stop from entering coming in to the Baltic Sea, and there we have three NATO allies — Estonia, Latvia and Lithuania," Lieutenant-General Hodges explained, according to the source.

The US General added that the United States and the rest of NATO should be alarmed by this fact.

Just a couple of weeks ago NATO finished its month-long "Baltic Piranha" military training program in Lithuania aimed at flexing its muscles in front of Russia and making its presence felt in Eastern Europe.

© REUTERS / Ints Kalnins
Scramble for the Baltics: Main NATO Members Seek Own National Interests Under Disguise of Protecting Region From Russians
As part of the war games, 500 Lithuanian troops, along with Belgian, American and Luxembourgian forces tested out military hardware as part of the NATO Rapid Reaction Force. Around 280 Belgian soldiers and 45 members from Luxembourg's armed forces took part in the operation, along with 200 US troops that are currently stationed in Lithuania for NATO's rotation in Eastern Europe and the Baltics.

Following Russia's reunification with Crimea, NATO officials have accused Russia of militarily intervening in the conflict in Ukraine, with the alliance subsequently bolstering its military presence in the Eastern European and Baltic states of Poland, Romania, Bulgaria, Estonia, Latvia and Lithuania.

The increase in military operations and close encounters between Russia and NATO states since early 2014 was documented in the report 'Dangerous Brinkmanship,' by London-based think tank the European Leadership Network, which found that incidents between the two had jumped to Cold War levels.