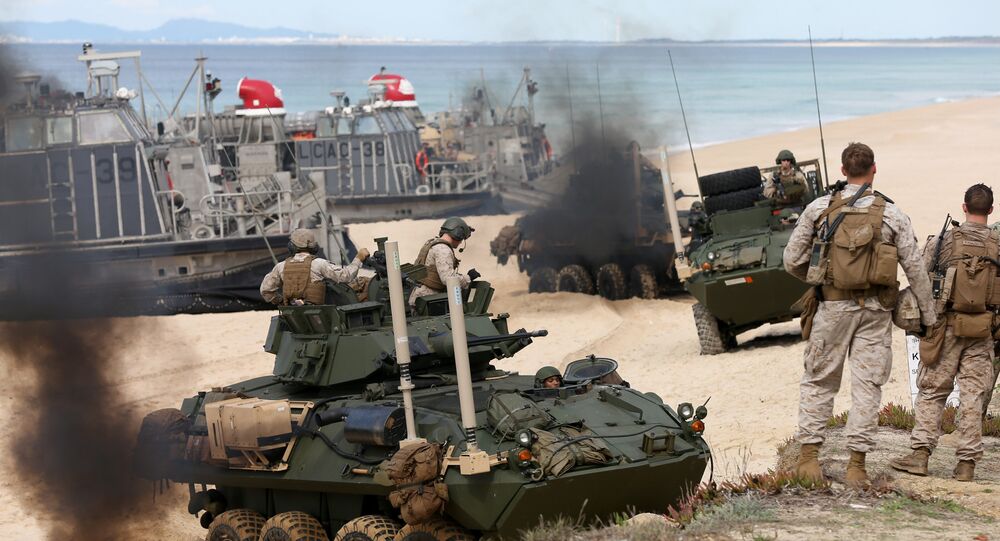 NATO Flexes Its Muscles in Biggest Exercise in a Decade

NATO Secretary General, Jens Stoltenberg is in Spain Wednesday kicking off Exercise Trident Juncture 2015, the biggest NATO military exercise in more than a decade, in a further demonstration of its military ambitions all over Europe.

It follows a similar flexing of muscles in June when a total of 49 ships, 61 aircraft, one submarine, and a combined amphibious landing force of 700 US, Finnish and Swedish troops took part in drills in the Baltic involving 5,600 men.

Trident Juncture 2015, involving 36,000 personnel from more than 30 Allied and Partner Nations, will take place throughout Italy, Portugal, Spain, the Atlantic Ocean, the Mediterranean Sea and also Canada, Norway, Germany, Belgium and the Netherlands. According to NATO:

"Trident Juncture 2015 will demonstrate NATO's new increased level of ambition in joint modern warfare and will show-case a capable, forward-leading Alliance equipped with the appropriate capability and capacity to meet present and future security challenges."

"More than 12 major International Organizations, aid agencies and non-governmental organizations, such as the EU and AU will also participate in the exercise, demonstrating NATO's commitment and contribution to a comprehensive approach," it said in a statement.

NATO has been ramping up its operations in the Baltic States as well as in Eastern Europe, since the Ukraine crisis began. Last week it was reported that it is considering different ways of increasing its military presence in Eastern Europe to put further pressure on Russia, despite previous denials that it would do this.

However, the Wall Street Journal reported that sources had told the newspaper that:

NATO denies encroaching on Russia. "Claims that NATO is building bases around Russia are… groundless," NATO states on its website.