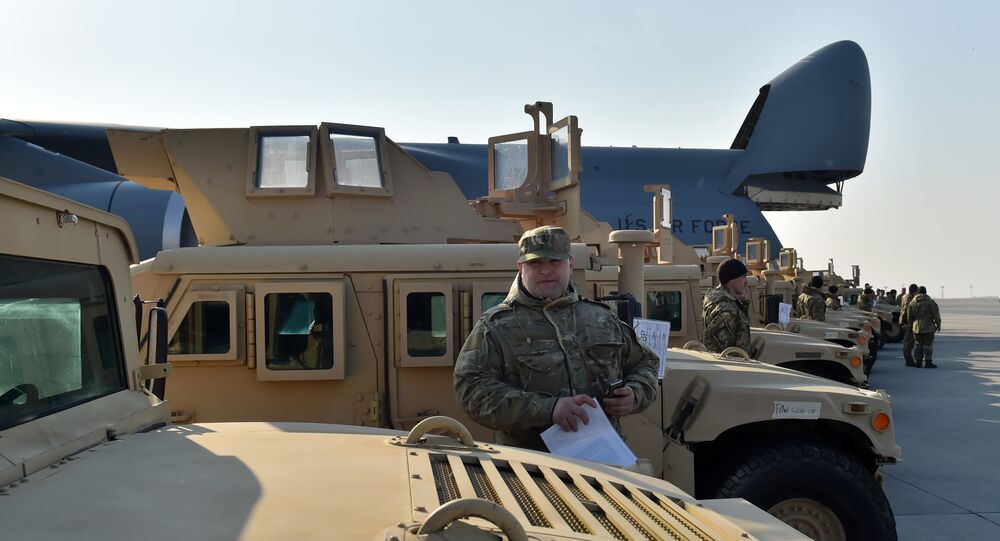 US Humvees Sent to Ukraine Are 20-30 Years Old, Have Canvas Doors

A batch of 100 Highly-Mobile Multipurpose Wheeled Vehicles (HMMWVs), commonly referred as Humvees, delivered from the United States to Ukraine's Lviv Region, were manufactured between 1986 and 1995. The total customs value of 100 US Humvees was a mere 967,000 hryvnias (around $42,000), the Ukrainian source revealed.

Ukrainian servicemen discovered a list of problems when they started using the US Humvees. For example, due to the age of the vehicles their tires began to crack and it turned out that spare tires can't be found in Ukraine. The same thing could be said about other spare parts for the old vehicles, the Ukrainian vehicle consulting firm autoconsulting.com.ua.

© REUTERS / Gleb Garanich
US Delivers 100 Humvees to Ukraine – Ambassador
Furthermore, to provide their Ukrainian colleagues with the "high-level" of protection on the battlefield, some of the US government sent Humvees have canvas-made doors, autoconsulting.com.ua said.

The Humvees were delivered to Ukraine as part of Washington's non-lethal aid package, although each vehicle has a pre-mounted machine gun turret attached on top of it. However, since the old Humvees lack protection they would likely be dangerous for soldiers sitting in them.

Finally, the Ukrainian military also said that because of the poor quality of diesel fuel the engines of the vehicles quickly become clogged and have troubles with starting up.

US to Allocate $20Mln to Ukraine for Military Training, Defense Services