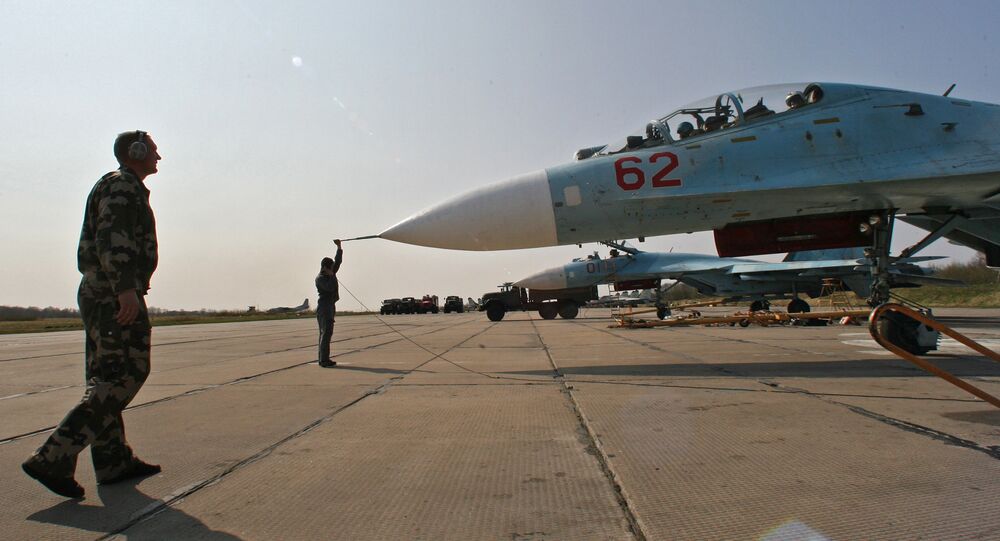 Russia's Baltic Sea Fleet Naval Aviation pilots performed night training flights during the drills, according to the statement of the Defense Ministry.

"Within the unannounced combat readiness inspection of the air defense and naval aviation formations of the Baltic Fleet in the Kaliningrad Region, crews of Su-27 fighters and Su-24M bombers performed night training flights," the statement reads.

The ministry added that during the drills, pilots "practiced take-off and landing, elimination of low-flying aerial vehicles, command centers and the military hardware of the simulated enemy as well as performing complex combat maneuvering at low and medium altitudes."

© Sputnik / Igor Russak
Russian Navy Begins Submarine Search & Destroy Exercises in Baltic Sea
According to the statement, it is planned that Su-24Ms will later carry out "bombing of targets and the positions of mock command centers, engineering facilities, personnel and the military hardware of a simulated enemy."

The drills in Russia's Baltic enclave of Kaliningrad come amid NATO military buildup in the region. On Wednesday, US media, citing diplomatic and military sources, reported that NATO is planning to deploy a battalion with up to 1,000 soldiers in Poland and each Baltic country, including Estonia, Latvia, and Lithuania.