A Chinese arms dealer and a Chinese-American businesswoman tried to acquire illegally an F-35 fighter jet engine and an MQ-9 Reaper drone for the Beijing government, US media reports said on Wednesday.

WASHINGTON (Sputnik) — The US Department of Homeland Security (DHS) foiled the plan and also prevented the two Chinese partners from trying to acquire engines used in other US fighter jets, according to US federal court documents opened last week quoted in a report by Defense News.

The court documents allege that AFM Microelectronics Corporation Vice President Wenxia “Wency” Man, based in San Diego, and Xinsheng Zhang, described in the documents as an official arms dealer for the Beijing government, tried to buy and then export the engines to China. 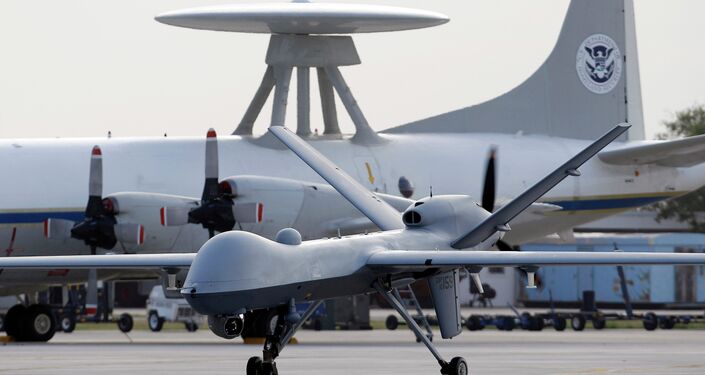 “The items are restricted for export under US International Traffic in Arms Regulations. China has been on the list since1990. The undercover operation was begun in 2011, according to documents,” the report stated.

Man was quoted in the documents as referring to Zhang as a “technology spy that procures information from Russia and other places so that China can obtain sophisticated technology without having to conduct its own research,” Defense News explained.

Man and Zhang allegedly planned to transport the engines to China through Hong Kong, Israel or South Korea, it added.

The report also noted that Zhang remains free, is regarded as a “fugitive” by US investigators, but is believed to be back in China.

US-China tensions have risen this week following Washington dispatching a destroyer, the USS Lassen, to the 12-mile limit of an artificial island in the Spratly’s chain controlled by Beijing in the South China Sea.