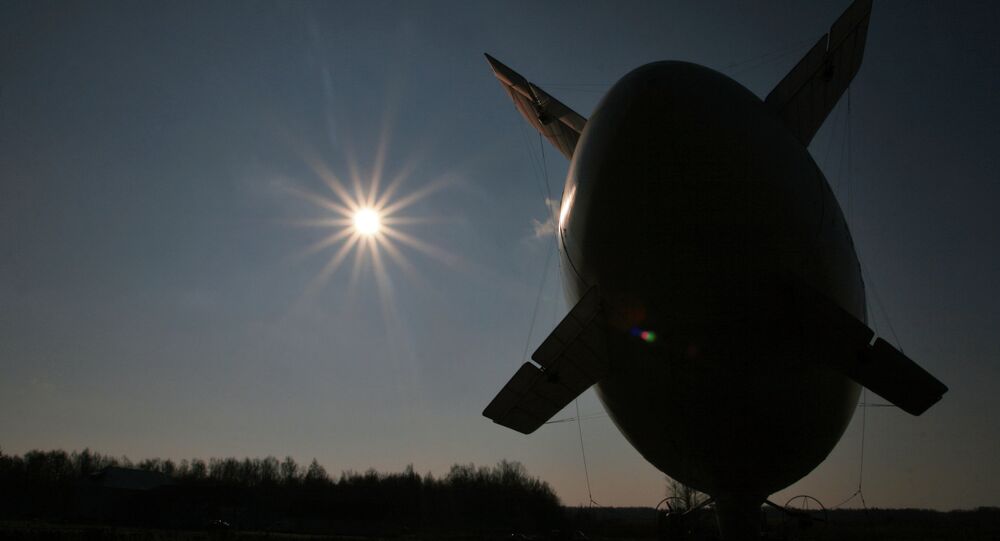 China began testing on a new type of helium stratospheric airship. The Yuanmeng aircraft can reach a height of 100 kilometers and conduct reconnaissance without being seen by other aircraft or rockets.

© AFP 2020 / Mark RALSTON
Next Big Thing: China’s Aviation to Develop Long-Range Strike Bomber
The airship is filled with 18 thousand cubic meters of helium and can spend 48 hours in the air. There are solar panels in the top level — and at certain altitudes they can generate electricity for the motors. Solar energy is ideal for high-altitude drones and balloons, as they significantly reduce the need for fuel. Reconnaissance and communications equipment are located inside the gondola.

The Chinese authorities have not stated how the airship will be used but People's Daily Online experts are suggesting that it will be used to hunt for enemy aircraft carriers.

“Yuan Meng may become the pinnacle of the military food chain, soaring high above the South China Sea in search of aircraft. Together with the information collected by satellites, aircraft, submarines and drones, Yuanmeng will allow the People's Liberation Army of China to get a full picture of maritime hostilities,” the publication noted.

The ship will operate at altitudes inaccessible to the majority of air defense systems.

“The main problem in creating a space near the airship was the sharp temperature drop from day and night,” the head of the developers of Yuanmeng, Yu Quan, told People’s Daily Online.