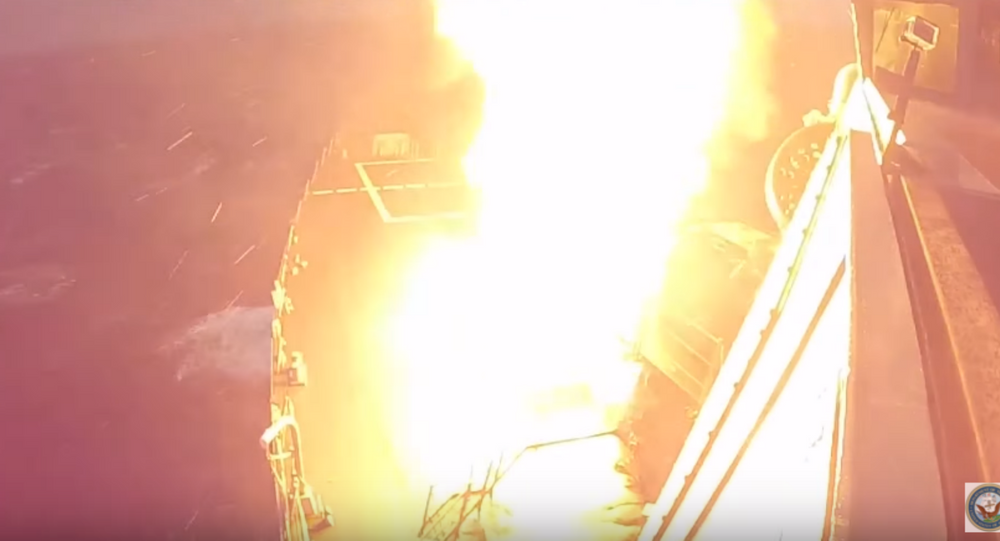 The US Navy has tested its anti-missile defense system in Europe, a move which could signal the beginning of a new arms race.

On Tuesday, a short-range Terrier Orion ballistic missile was fired from Hebrides Range in the United Kingdom. As it flew through the sky over the Atlantic Ocean, it was intercepted by a pair of anti-ship cruise missiles, one of which was fired from the USS Ross, an American ship a long way from home.

It was all a test, part of the Maritime Theater Missile Defense Forum’s at Sea Demonstration. According to a press release from the US Defense Department, "this was the first time a Standard Missile-3 (SM-3) Block IA guided interceptor was fired on a non-US range and the first intercept of a ballistic missile threat in the European theater."

For the United States and its allies – Canada, Italy, France, the Netherlands, Germany, Norway, Spain, and the UK are all members of the forum – this was seen a sign of renewed cooperation.

"ASD-15 shows that with communication, collaboration and commitment nations can come together and flawlessly defend against a complex threat scenario," said Vice Adm. James Foggo, Commander of the US 6th Fleet, according to the press release.

© AFP 2021 / US NAVY
US Takes Warmongering to the Next Level With Missile Defense Test in Europe?

But NATO has made little secret about who that "complex threat" refers to. Washington’s military buildup in Europe directly correlates with its fearmongering over alleged "Russian aggression."

The ship-based missile defenses are designed to complement interception stations to be built in Romania and Poland. According to a technical agreement approved by Polish lawmakers, an installation in Redzikowo could be ready as soon as 2018.

Russian Deputy Foreign Minister Sergey Ryabkov has expressed concern over what appears to be a rapid military buildup along Russia’s border.

"We don’t see any reasons [the missile defense system] should continue, especially at such a rapid pace and with a clear 'projection' on Russian territory," Ryabkov said in August.

"The US administration is making up artificial excuses to justify their decision – made under the influence of other motives – to continue the creation of a missile defense system in Europe."

The test comes as the US makes other aggressive inroads onto the European mainland. Germany is set to receive upgraded B61-12 thermo-nuclear weapons from the US this fall. That move has been criticized as a violation of international nuclear agreements.

"This could alter the balance of power in Europe," Kremlin spokesman Dmitry Peskov told reporters last month. "And without a doubt it would demand that Russia take necessary countermeasures to restore the strategic balance and parity."

Washington has also been pressuring other EU allies – Belgium, in particular – to increase defense spending. This nuclearization of Europe has led to a wave of protests across the EU.