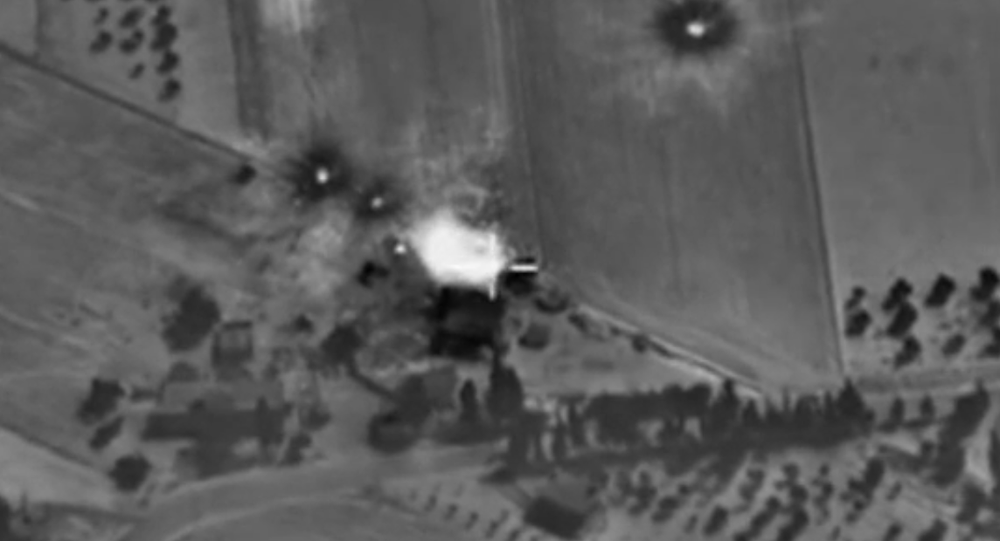 S Department of Defense Press Secretary Peter Cook stated that a Memorandum of Understanding on safety in Syrian airspace between Russia and the United States does not contain any provision for sharing intelligence.

© AP Photo / Senior Airman Matthew Bruch, US Air Force
US, Russia Ready to Discuss Search and Rescue in Case Pilot Downed in Syria
WASHINGTON (Sputnik) — A Memorandum of Understanding (MOU) on safety in Syrian airspace between Russia and the United States does not contain any provision for sharing intelligence, US Department of Defense Press Secretary Peter Cook announced in a statement on Tuesday.

“The MOU does not establish zones of cooperation, intelligence sharing or any sharing of target information in Syria,” Cook said.

The document, Cook noted, did contain specific safety protocols for aircrews to follow.

“These protocols include maintaining professional airmanship at all times, the use of specific communication frequencies and the establishment of a communication line on the ground,” he explained.

The MOU aims at preventing incidents between Russian and US aircraft, including unmanned aerial vehicles (UAVs), or drones, operating in Syrian airspace.

A US-led coalition of 62 nations has been bombing ISIL targets in Syria since September 2014, but without the approval of UN Security Council or the Syrian government.

Since September 30, Russia has conducted airstrikes against ISIL targets in Syria at request of Syrian President Bashar Assad