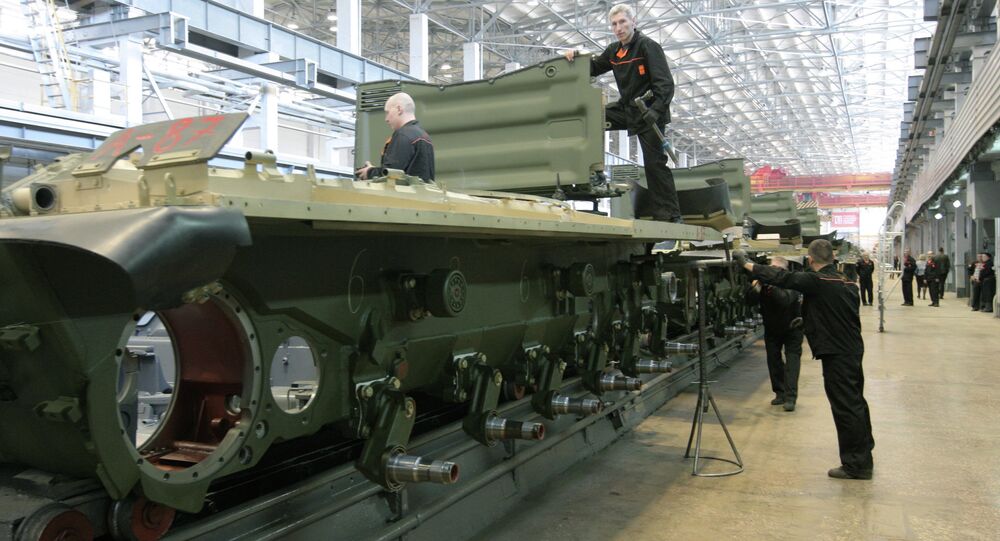 MOSCOW (Sputnik) – Khalitov named the Armata T-14 tank, built by UVZ, as an example of the manufacturer’s efforts to do away with piloted military technology, promising to reduce its crew numbers from three to two.

"We will be able to show prototypes in 1.5 to 2 years. We are gradually moving away from crewed machines," Vyacheslav Khalitov said at a round table.

© Sputnik / Vadim Savitskii
Armata Tank to Be Declassified When Adopted by Russian Military
The Russian Defense Ministry unveiled the Armata at the May 9 Victory Day military parade in Moscow. The tank is housed in an armored capsule at the front with a main armament of a 125 mm smoothbore cannon and a 7.62 mm remote-control machine gun.

In May, Khalitov said that the tank could serve in the Russian Armed Forces until the end of the 21st century.