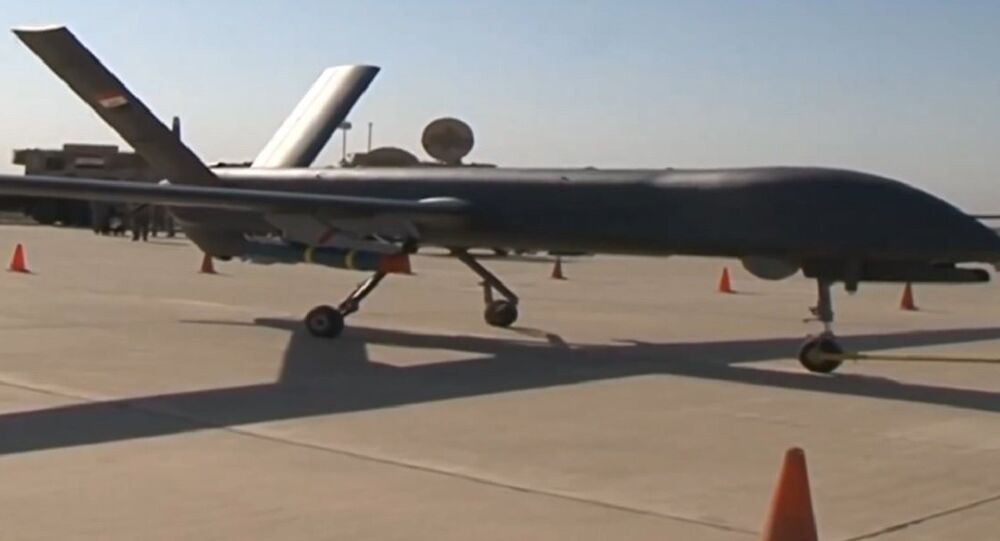 The Iraqi Ministry of Defense recently released a video displaying the launch of a Chinese-made CH-4B combat drone from al-Kut Air Base southeast of Baghdad, Iraq.

The video shows a clip of interview with Iraq’s Defense Minister, Khaled-al-Obeidi, who said that the CH-4B ‘Rainbow’ unmanned aerial vehicle (UAV) shown in the video took off for its first combat mission against ISIL in Anbar province.

How many of CH-4B combat drones Iraq has received remain unknown. “It is not clear whether China supplied Iraq with just the CH-4B mixed attack and reconnaissance UAV shown in the video, or also with the CH-4A variant, a reconnaissance drone with a 5,000km range and 30-40 hour endurance,” website The Diplomat wrote.

© AFP 2021 / AHMAD AL-RUBAYE
Iraqi Military Retakes Hussein's Former Palace Conquered by ISIL
It is precisely designed for high-altitude missions over land and sea, and can fire its weapon from up to 5,000 meters.

The CH-4 also “has a retractable electro-optical sensor turret and a datalink back to the ground control station. The CH-4 also boasts a modern, two person control station to fly the drone remotely, with provisions for both line of sight and satellite communications,” the publication Popular Science noted.

In addition, as the Popular Science article pointed out, the “growing use of Chinese drones in war zones also undercuts US makers’ claims that theirs are the only ‘battle-tested’ drones on the market.”