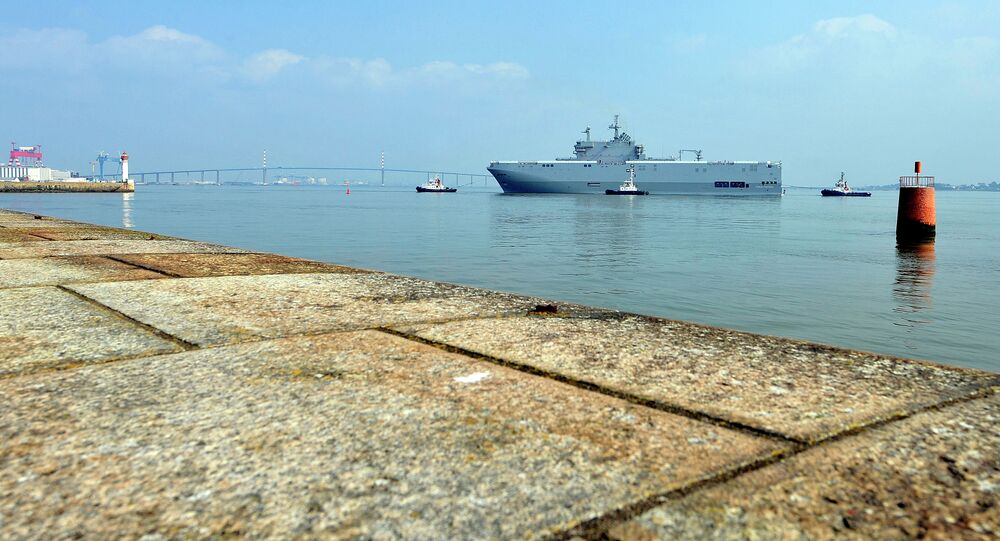 Russia will supply equipment and helicopters worth over $1 billion for the Egyptian Mistral helicopter carriers, the Kremlin chief of staff said Monday.

"Russia will be, if you want, a sub-contractor, who will supply the missing equipment without which the Mistral warships are just a tin can. And of course, all the helicopters,” Sergei Ivanov said.

© REUTERS / Stephane Mahe
Russian Firm Offers to Fit Egypt’s Mistral Ships With Electronics, Radar
He added that the price of potential contracts would amount to over $1 billion.

Egypt emerged as France’s replacement customer for the Mistrals in September 2015, after Paris and Moscow formally terminated a 2011 deal on the construction and delivery of the two ships. In November 2014, France suspended the contract, claiming Moscow's alleged participation in the Ukrainian conflict.

Russia and France are expected to sign the final documents on the removal of radio-electronic systems from the Mistral-class helicopter carriers in early November.