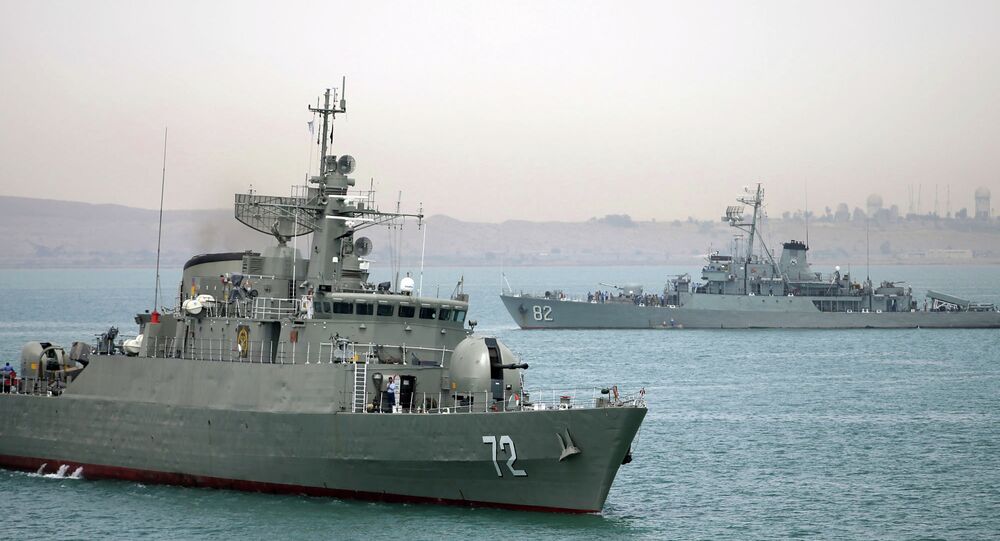 An Iranian flotilla will anchor at a southern Russian port in the course of its two-week trip through the Caspian Sea to promote peaceful cooperation and strengthen ties between two nations.

Three warships of the Iranian fleet will enter the port of city of Astrakhan in the south of Russia in a move which will deepen cooperation between two states, Mehr New Agency reported.

© AP Photo / Fars News Agency, Mahdi Marizad
Iran to Send Flotilla of Warships, Destroyer to Russian Territorial Waters
According to the report, the vessels include the Damavand destroyers, Joshan and the Peykan, are expected to berth in the port of Astrakhan after an equivalent visit will be made by a Russian flotilla to Iran. The vessels departed from Bandar-e Anzali port in the north of the country, Mehr noted.

The main goal of the visits is an enhancement of cultural ties between the two states and an improvement of security in the Caspian Sea area.

Ahmad Reza Bagheri, an Iranian Navy captain, told Fars New Agency that the visit was scheduled beforehand, noting that after docking in Astrakhan the vessels will head to Baku, capital of the Azerbaijan and then will return home to Iran within two weeks.

The mutual visits have become common practice in the last two years after the Iranians first visited the Caspian fleet in Summer, 2013.