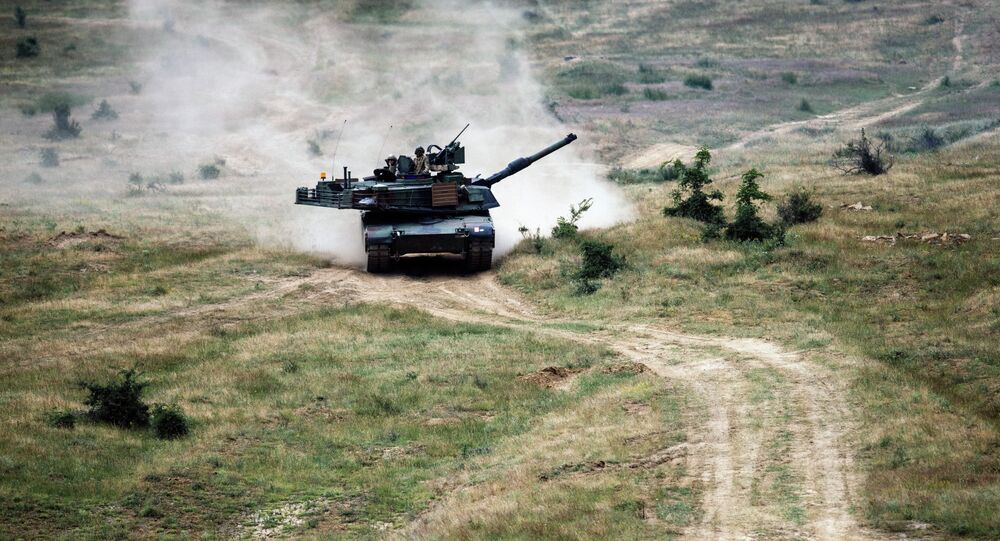 Iraqi forces have attached Russian machine gun plus Iranian ammo to American Abrams tank in order to achieve maximum effectiveness in their fight against ISIL.

An MIA1 main battle tank, one of 146 frontline tanks that the US sold to Baghdad, has been equipped with a Russian.50-caliber machine gun and Iranian-stamped 12.75-mm ammunition, according to a source at the repairs facility where the tank was dropped off for repairs, website Defense News reported.

The US-Russian tank hybrid has unnerved the Pentagon. According to the officials the hybrid could result in violations of Iraq’s FMS agreements with Washington, due to unauthorized use by Shiite militias and the unsanctioned addition of the Russian gun and Iranian ammo.

© REUTERS / Khalil Ashawi
Iraq Prefers Dealing With Moscow Rather Than Washington – US Media
“Any time you do a foreign military sale, there’s a requirement that you do end-use monitoring, and it’s a violation if you do alterations,” Vice Adm. Joseph Rixey, director of the Pentagon’s Defense Security Cooperation Agency (DSCA) told Defense News.

But according to Iraqi officials Iraq must do what needs to be done in fight against ISIL. “Iraq has been dependent on a number of different weapons suppliers; therefore they have integrated these weapons onto different platforms to achieve effectiveness,” Dr. Wathaq al-Hashimi, director of the Iraqi Group for Strategic Studies told Defense News.

He further elaborated that the “Russian systems were placed on American M1 Abrams tanks specially with armor-piercing rocket systems to be used against ISIL explosive cars used in their attacks.” “In Beiji [in Northern Iraq], there were 28 explosive cars used in one day and in Ramadi 15 cars were blown on another day,” al-Hashmi said.

iraqiembassy.us
Iraq to Resist Outside Pressures in Choosing Allies Against Islamic State
Iraq has a long history and experience in weapons and hybridization, al-Hashimi said, noting that Iraqi military experts receive weapons from American, Russian, Iranian and European sources.

Washington has also expressed concern about the weapons falling into someone else’s hands other than the Iraqi Security Forces (ISF).

On this note, retired Israel Air Force Maj. Gen. Amos Yadlin, former head of Israeli military intelligence, said he would not be surprised if Hezbollah forces in Iraq or even Syria had access to American MBTs.

“It’s not surprising, because the Iraqi Army and the Shia militias and the Iranian Revolutionary Guards Quds Force and some American Special Forces are now fighting against the same enemy,” Yadlin said, Defense News reported.