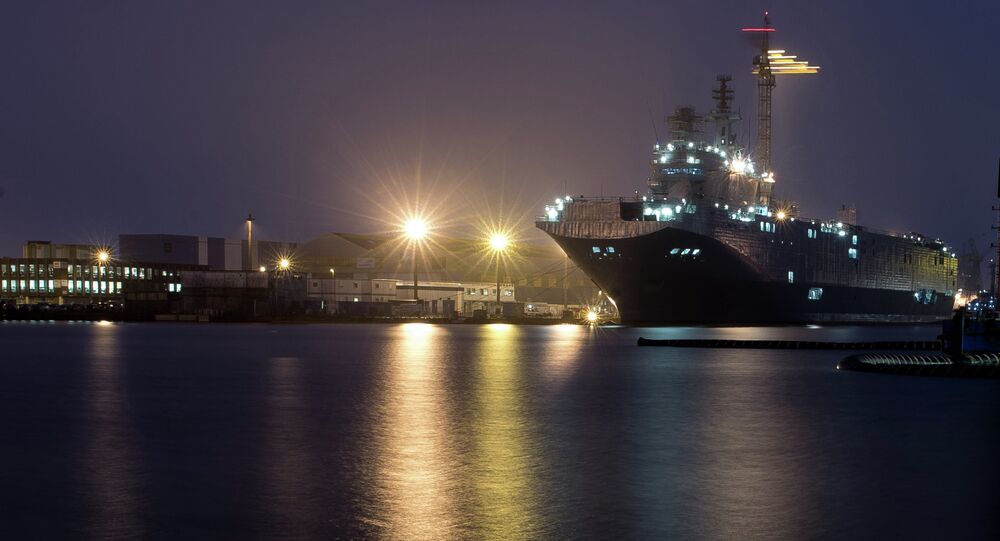 Russia to hold talks with Egypt on the possible purchase by Cairo of the Russian equipment for the Mistral helicopter carriers.

© Sputnik / Grigoriy Sisoev
French-Built Mistral Warships to Arrive in Egypt in Summer 2016
MOSCOW (Sputnik) — Russia will hold talks with Egypt on the possible purchase by Cairo of the Russian equipment for the Mistral helicopter carriers on October 21-23, a source in the military-technical cooperation sphere said Saturday.

"Today a deal is out of the question. There is a discussion going on of what the Egyptian side could be interested in, what we could offer them and what we could supply them with. Breakthrough should not be expected," the source told RIA Novosti.

Cairo and Paris signed a contract earlier this month for the purchase of two French-made Mistral-class helicopter carriers originally built for Russia.

The source told the media outlet earlier that the Russian specialists would remain in France until November to uninstall the equipment from the ships, while Egypt was interested in it.

© AFP 2021 / GEORGES GOBET
Sold! Egypt, France Sign Deal on Purchase of Mistral Warships Initially Built for Russia
Egypt emerged as France’s replacement customer for the Mistrals in September 2015, after Paris and Moscow formally terminated a 2011 deal on the construction and delivery of the two ships. In November 2014, France suspended the contract, claiming Moscow's alleged participation in the Ukrainian conflict.

Russia and France are expected to sign the final documents on the removal of radio-electronic systems from the Mistral-class helicopter carriers in early November.