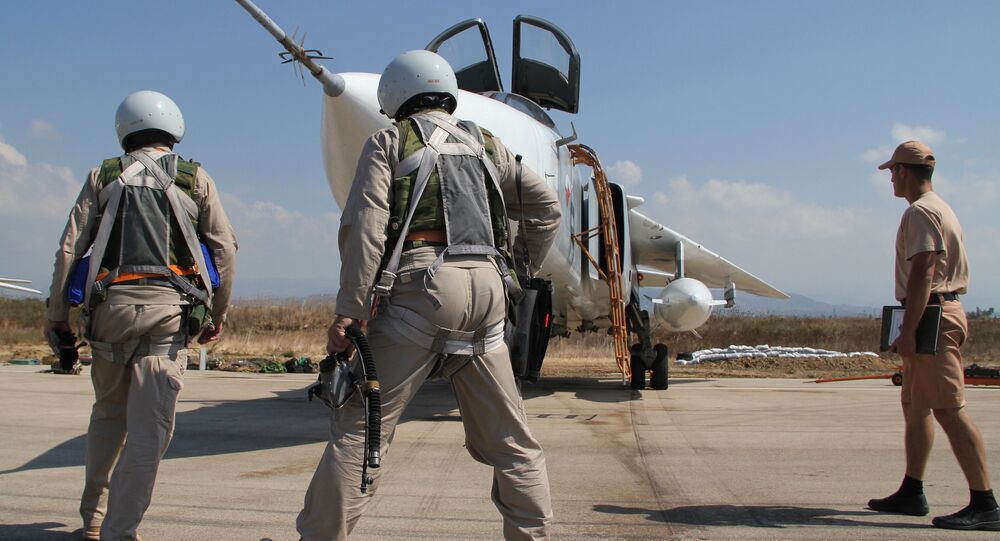 The Russian plane evacuating over 50 people from conflict-torn Syria has landed at the Moscow Domodedovo International Airport, a Russian Emergencies Ministry spokesperson informs.

MOSCOW (Sputnik) – The plane arrived in Syria on October 16 with over 20 metric tons of humanitarian cargo. It then picked up 56 people, including 38 Russian citizens, in the Syrian port city of Latakia and headed to Moscow, landing at the Domodedovo airport early on Saturday.

According to the Emergencies Ministry spokesperson, there are 10 children among the evacuees.

The flight to Syria faced difficulties, as Bulgaria refused to allow the Russian plane to fly through its air space, Deputy Director of International Cooperation Department of the Russian Emergencies Ministry Alexander Tomashov said.

"We had to cooperate with the Russian Foreign Ministry to urgently arrange a new flight route bypassing Bulgaria. This was done fairly quickly and with little delay the plane headed for Latakia," Tomashov explained.

© AP Photo / Islamic State militant website via AP
German FM to Discuss Syria, Refugee Crisis With Iranian, Arab Colleagues
The Syrian army has been fighting against several opposition and rebel groups, including Islamic State radicals and the al-Nusra Front (Jabhat al-Nusra), since the start of a civil war in the country in 2011.

A US-led international coalition has been conducting airstrikes against IS militants in Syria since September, 2014.

Russia has evacuated over 1,100 people, including Russian, Ukrainian and European nationals, from Syria amid ongoing violence in the country.

Obama: US to Continue to Cultivate Relations With Moderate Syria Opposition