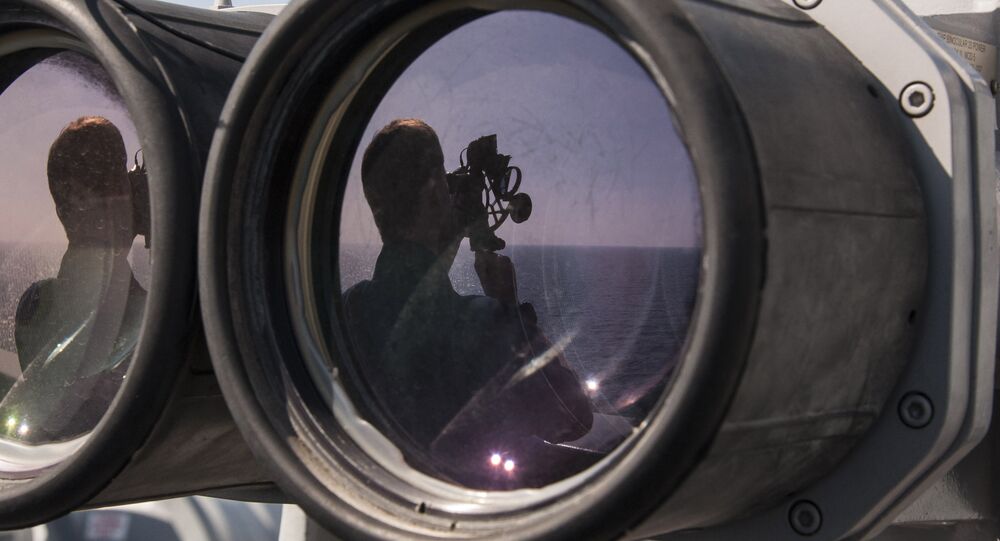 Advances in modern technology can be so seductive that we forget about the importance of a reliable backup plan in case our state-of-the-art high-tech fails us. So where does the US military turn when modern GPS navigation is cracked by cyber enemies?

© Flickr / U.S. Pacific Fleet
For Future Carrier Air Wing, US Navy Dreams of Stealth Jets, Carrier-Launched Drones, Laser Weapons
Would you believe the US Navy stopped teaching the centuries-old science of maritime navigation nearly two decades ago? Since then there’s been no backup plan, and in case of a computer breach, all those most-advanced-super-duper cruisers and aircraft carriers could have become just pieces of metal floating adrift in the middle of nowhere with no one onboard who knows how to navigate using stars.

With the exception of senior officers, US sailors today are clueless as to how to use a sextant to locate and navigate at sea. The US Navy Academy stopped general instruction in celestial navigation back in 1998, and ended all training in the science in 2006.

The advent of satellite GPS navigation, debuted in the mid-1990s, is the culprit. Today, thirty one satellites managed by the US Air Force circle the Earth, providing geographic coordinates to the US military and its allies around the globe.

But now, the Navy’s suddenly realized it doesn’t have a plan B for maritime navigation in case computers and satellites get hacked.

“We went away from celestial navigation because computers are great,” Lt. Cmdr. Ryan Rogers, the deputy chairman of the Naval Academy Department of Seamanship and Navigation, was quoted as saying by the Capital newspaper, which first reported the issue. “The problem is,” he added, “there's no backup.”

© REUTERS / U.S. Air Force/Senior Airman Matthew Bruch/Handout
US Air Force GPS Control System 4 Years Overdue, $1.1Bln Over Budget
An alternative to GPS has been always recommended by the government, and for the US Army, compasses — a ground analogue of the sextant, so to speak — have never left service. But the Navy somehow ignored these recommendations.

“Like all radio-based services, GPS is subject to interference from both natural and human-made sources,” the US government’s official information on GPS reads.

“A GPS unit can lose reception in the presence of devices designed for intentional radio jamming. Solar flares can also disrupt GPS equipment. For this reason, the U.S. government strongly encourages all GPS users to maintain backup/alternative positioning, navigation, and timing capabilities.”

In the US Navy’s newest curriculum manual, celestial navigation is once again listed among course subjects. Junior midshipmen who attended summer school this year were the first Navy cadets who held sextants in their hands since 1998. The Class of 2015 is due to graduate with knowledge of celestial navigation, which is planned to be included in an advanced navigation course, the Capital reported.

“This is the first semester we added it in, so we're just baby-stepping it,” Lt. Christine Hirsch, who teaches navigation at the academy, told the Capital. “We just added the theory, but we really do have the capabilities to expand.”

© Sputnik / Sergey Pyatakov
Russia's GLONASS Proves More Than a Match for America's GPS
Training in celestial navigation has never been abandoned in many countries’ armed forces, including in Russia, even though its armed forces operate with the world’s only alternative to GPS, GLONASS satellite navigation.
...
Reddit
Google+
Blogger
Pinterest
StumbleUpon
Telegram
WhatsApp
72