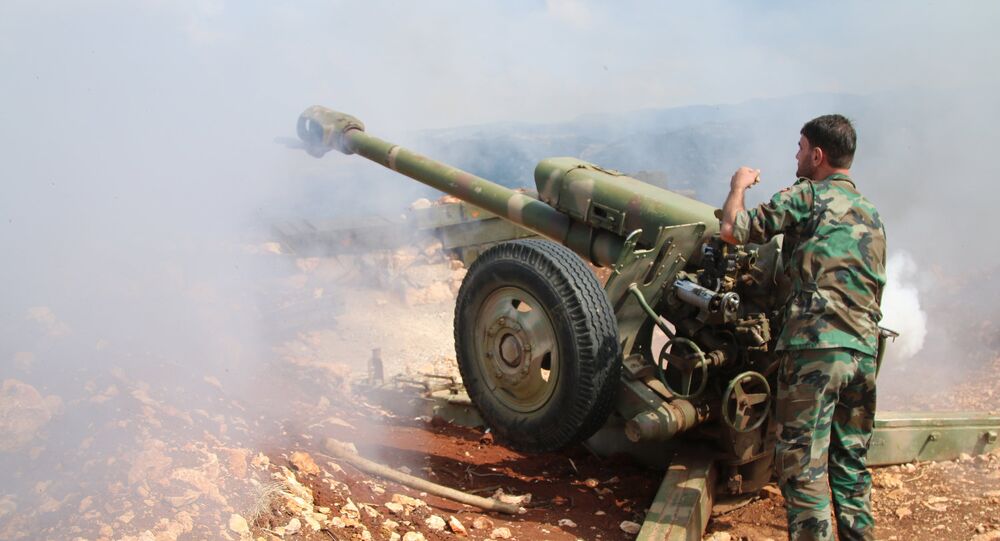 The Pentagon’s decision to airdrop 50 tons of munitions to rebel forces in Syria after the US train-and-equip program failed should raise questions about where these weapons are going, former CIA officer Larry Johnson told Sputnik.

WASHINGTON (Sputnik) — On Tuesday, the Pentagon confirmed it had airdropped tons of weapons to resupply anti-Islamic State fighters in Syria. The announcement came only days after the United States announced it was ending the US train-and-equip program for Syrian allegedly moderate fighters.

"It also begs the question, who is getting the weapons?" Johnson said on Tuesday. "Since the United States acknowledges that the forces it trained have fewer than ten fighters inside Syria, who is receiving these airdrops… and how are these weapon systems being moved?"

These efforts, Johnson argued, could become academic if Russia is able to conduct a well-coordinated air and ground campaign because such an offensive would crush the rebel units and solidify the rule of Syrian President Bashar Assad.

The United States vetted and gave limited training to a small number of Syrian-Arab Coalition leaders before airdropping 50 tons of munitions for them to use against Islamic State forces, Operation Inherent Resolve spokesperson Steve Warren said on Tuesday.

The first round of training yielded fewer than 60 fighters, of which only four or five are now engaged on the battlefield, according to Pentagon.