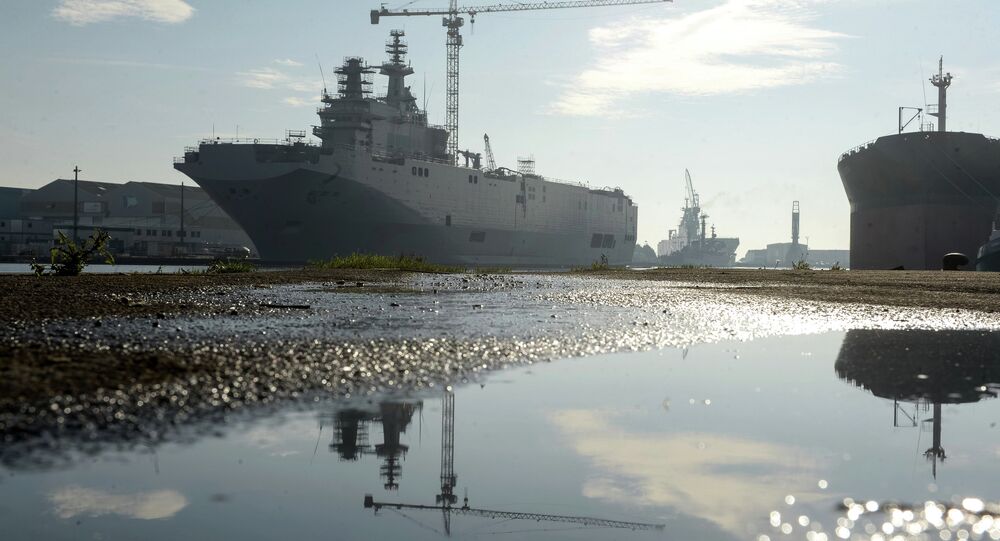 PARIS (Sputnik) – Cairo and Paris signed a contract on Saturday for the purchase of two French-made Mistral-class helicopter carriers.

"Two Mistral ships will arrive at their port of registry in Egypt in 2016. We are planning to start training the seamen soon, in the first six months of 2016," a DCNS spokesperson told RIA Novosti.

© REUTERS / Stephane Mahe
Russian Firm Offers to Fit Egypt’s Mistral Ships With Electronics, Radar
Egypt emerged as France’s replacement customer for the Mistrals in September 2015, after Paris and Moscow had formally terminated a 2011 deal on the construction and delivery of the two ships. In November 2014, France suspended the contract, claiming Moscow's alleged participation in the Ukrainian internal conflict.

Later in September, Kremlin spokesman Dmitry Peskov said that Moscow would not oppose the sale of the two French-made Mistral-class helicopter carriers to Egypt as the new deal maintains respect for Russian interests.