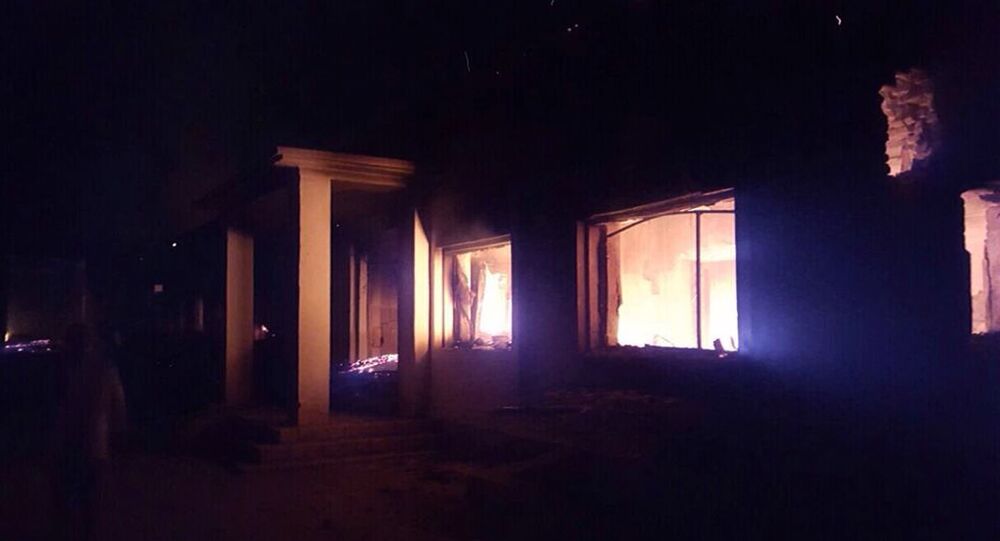 US Rules Out Independent Investigation Into Afghan Hospital Attack

US State Department spokesman John Kirby said that the United States rejects calls for independent international investigation into the bombing of the Doctors Without Borders hospital in Kunduz.

WASHINGTON (Sputnik) — The United States rejects calls for independent international investigation into the bombing of the Doctors Without Borders (MSF) hospital in Kunduz, Afghanistan after the group had demanded one, US State Department spokesman John Kirby said on Wednesday.

On Saturday, a hospital in Kunduz, with some 200 people inside, was hit by an hour-long series of US aerial bombing raids, injuring at least 37 and killing 22 people, including MSF staff and children. It was the highest casualties MSF had ever suffered in its history of working in war zones throughout the world.

© AP Photo / Gerald Herbert
Too Little Too Late: Obama Apologizes to Doctors Without Borders for Kunduz Attack
MSF urgent the creation of an independent international committee to investigate the bombing.

Kirby insisted that the Pentagon remains confident it will conduct a "thorough and transparent inquiry," and does not need any outside body to investigate the attack.

"The Defense Department is immensely capable of evaluating mistakes and accidents. It has done a superb job…No one is tougher [at] holding people accountable where needed."

US President Barack Obama spoke by telephone with MSF International President Joanne Liu on Wednesday and apologized to her for the attack, but Liu continued to insist that the United States permit an independent outside inquiry into the attack.

"Even war has rules," Liu stated. "This was just not an attack on our hospital. It was an attack on the Geneva Conventions. This cannot be tolerated."

MSF has described the attack as a war crime and has urged Obama, who was awarded a Nobel Peace Prize, to agree to a humanitarian commission established under the Geneva Conventions.