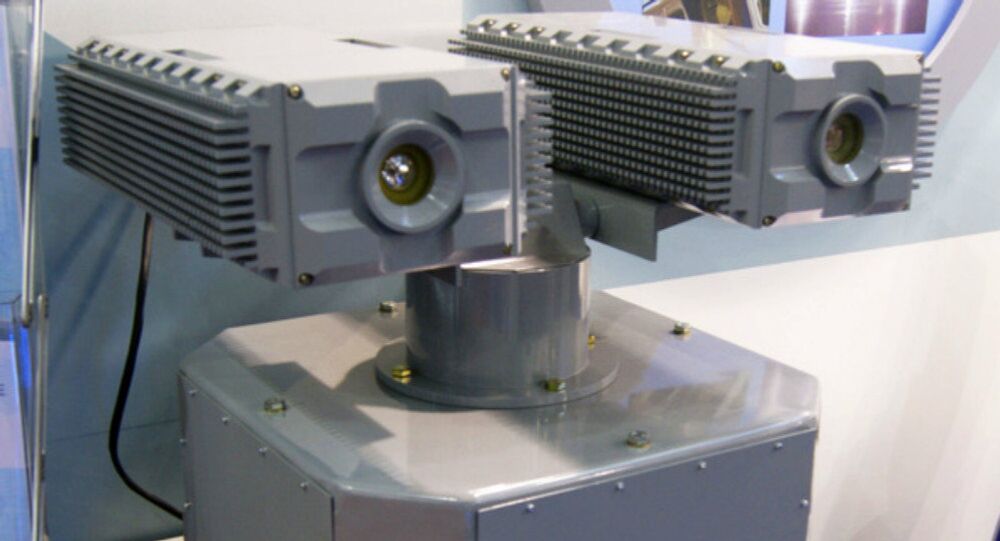 Russia’s United Instrument Manufacturing Corporation is set to unveil its visual optical interference station, Grach ('Rook' in Russian), which may be mounted on surface warships for their protection during combat operations; it enables ships to conceal an assault landing by using a bright light to “dazzle” enemy combatants and optical devices.

The Grach station is being showcased at the International exhibition “Innovation Day of the Defense Ministry,” which is taking place in the Moscow region on October 5-6.

The device is able to suppress visual-optical and electro-optical surveillance and targets enemy monitoring devices with a high-intensity radial light, “dazzling” the enemy.  This ensures the protection of ships and personnel as they perform tasks at sea or in a coastal zone.

In fact, it is a powerful non-lethal weapon, which allows ships to perform serious offensive and defensive tasks.

The device doesn't cause an irreversible impact on human eyesight, a representative of the manufacturer told RIA Novosti.

He also added that the company has started the development of a ground version of the device, which will require some slight modifications.

Meanwhile, the testing of the naval visual optical interference station is scheduled in about two weeks’ time. The device will be installed on an Admiral Gorshkov-class frigate, also known as Project 22350.