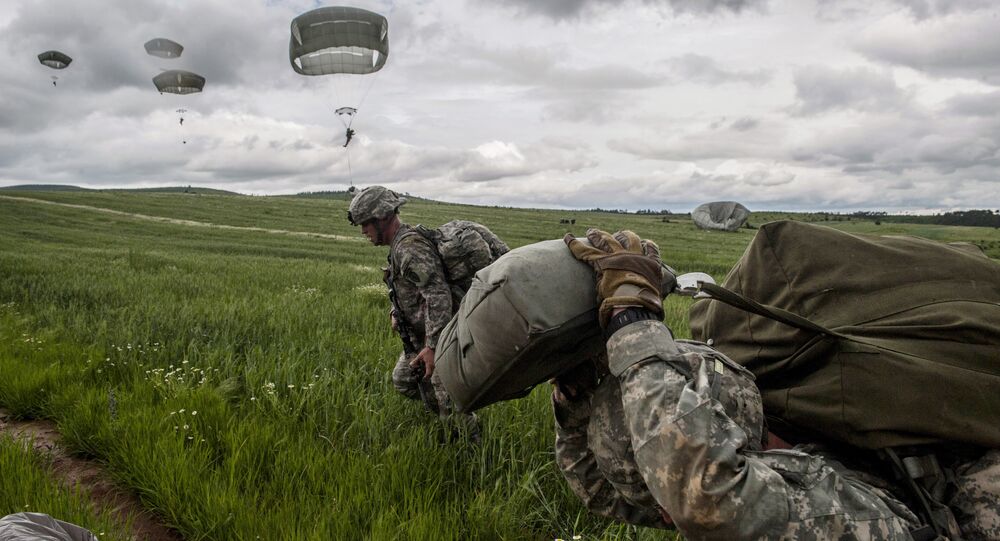 Senior British army officials urged NATO authorities to “revisit Cold War scenarios” and prepare for full-scale war in the wake of Russian achievements in the fight against ISIL militants in Syria and development of cutting-edge T-14 Armata battle tanks.

© Flickr / Defence Images
US Points the Finger at Russia to Divert Attention From Own Militarism
Former UK army officials said that the Russian military is more effective in comparison to NATO’s, calling on the bloc’s leaders to urgently invest more money on improvement of joint force capabilities and to “revisit Cold War scenarios, and this includes conventional, symmetric warfare in Eastern Europe,” The Sunday Express reported.

First, British Army officials appear alarmed by the ability of the Armata battle tank, which is an example of a new generation of Russian power tanks with nothing comparable elsewhere in the world. It can easily withstand any attack by NATO’s anti-tank missiles, both already in existence and those yet-to-be invented.

According to the Sunday Express, the T-14 has made UK experts “focus [their] minds” on the development of hardware, as their finest British tank, the Challenger 2, appears to be outdated and ineffective in comparison to the “Armata.”

"We have got issues with the tanks we've got and if we don't do something about it we will have issues — what we will do is in discussion,” General Sir Nick Carter, head of the British Army said.

© Photo : Youtube/NATO JFC Brunssum
Trident Juncture 2015 NATO Military Exercises Kick Off Saturday
After Russia announced plans to acquire over 2,300 T-14 Armata tanks by 2020, retired British officer Maj Gen Patrick Cordingly said that the UK, which has only has 227 outdated Challengers-2 at the moment, needs to get more tanks.

“There are 100 nations in the world who have battle tanks – they have them for a reason and for us not to invest in our main battle tank now would go against logic.”

Russia is also outperforming NATO in terms of speed in deploying forces, as the latest alliance drills showcased, experts noted.

It took at least a month for Western countries to deploy 30,000 soldiers in the most recent exercises, while Russia is capable of deploying up to 100,000 troops within 24 hours.

NATO Admits US May Have Hit MSF Hospital in Kunduz