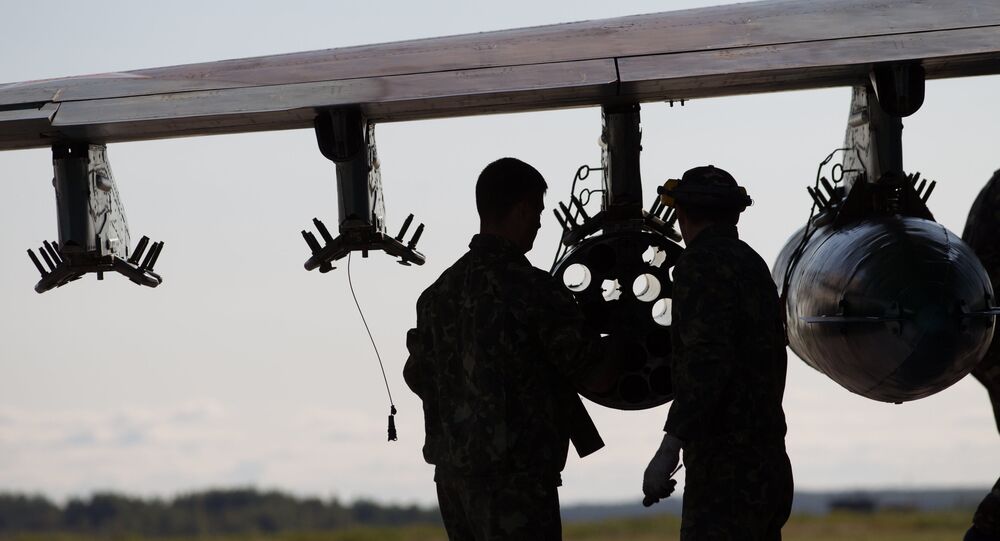 To combat ISIL terrorists in Syria, the Russian Air Force uses the latest high-precision bombs, guided by the GLONASS satellite system with a hitting accuracy of less than two meters.

"The missile acquires its target after separating from a plane using the GLONASS satellite. It [the missile] also receives the coordinates from the plane. Thus, its hitting accuracy is two meters, give or take, regardless of weather conditions and the time of a year," the source told RIA Novosti.

This will allow Russian planes to accurately hit ISIL targets, while protecting the civilian population, the Air Force representative said.

© Sputnik / Dmitriy Vinogradov
Airstrikes in Syria Aimed at Protecting Russians From Terrorism - Medvedev
On Wednesday, Russia started carrying out pinpoint airstrikes on ISIL targets in Syria. The Russian military operation in Syria is being performed at the request of Syrian President Bashar Assad.

Syria has been in a state of civil war since 2011. The country's government is fighting a number of opposition forces, as well as radical Islamist militant organizations, including the Nusra Front and the Islamic State.