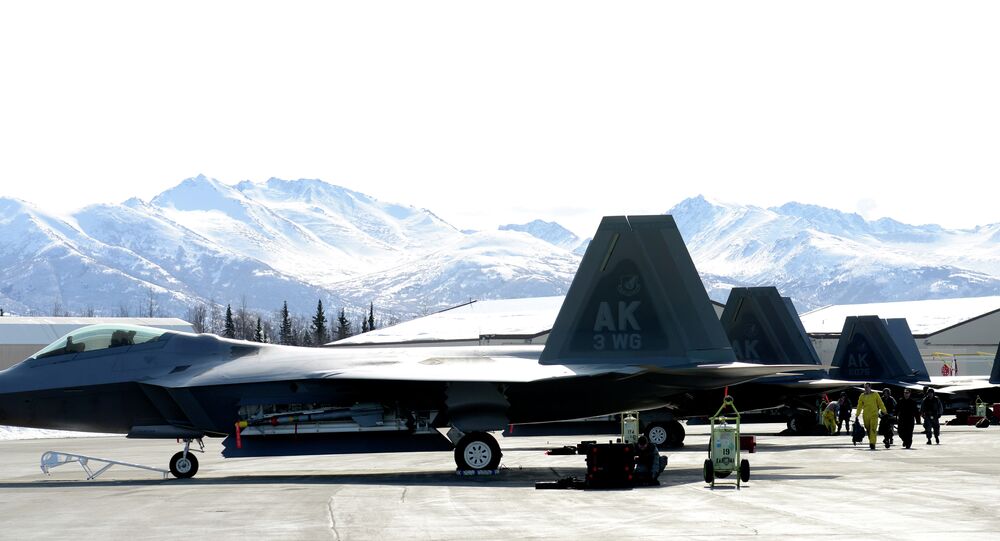 WASHINGTON (Sputnik) — The F-22 Raptor is a single-seat, twin-engine, all weather stealth tactical fighter aircraft developed for the US Air Force. It is the only fifth generation fighter jet in the world that is fully operational.

“The system trains pilots in a more realistic visual environment than current simulators and allows them to experience extreme maneuvers that typically are only practiced in a simulator,” Boeing stated.

The final CRVS installations were recently done by Boeing and the US Air Force at Tyndall Air Force Base in Florida, according to the release.

“The final installation of the Boeing Constant Resolution Visual System improves the realism of ground-based training and increases mission readiness for pilots,” 325th Training Support Squadron Commander Matthew Zamiska was quoted as saying in the release.

“We’re providing the customer with a tool that makes the mission ready and also gives them an edge in the sky, because of the way pilots can train in this system,” Boeing’s Vice President of Training Systems and Government Services Tim Noonan said in the release.