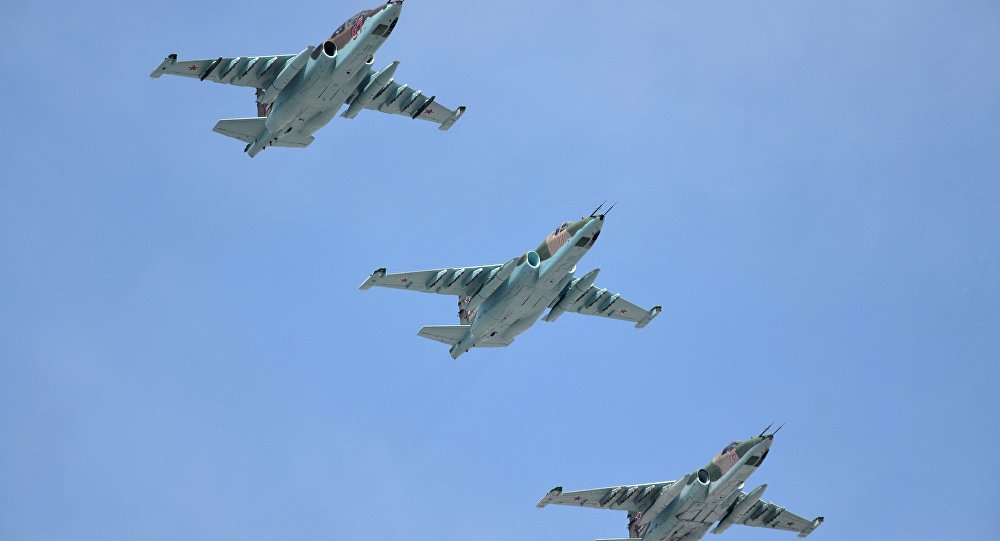 Since the beginning of the Russian Armed Forces operation in Syria, everyone’s attention has been captured by the top-of-the-line Sukhoi Su-30SM Flanker-H fighters and the Su-34 Fullback bombers, but the single most effective Russian aircraft deployed to Syria is the Su-25 SM, or as NATO calls it, the ‘Frogfoot.’

The reputable Su-25SM can become the most effective means to support the Syrian government troops in the fight against the Islamic State and in the support of President Bashar al-Assad.

© Sputnik / Dmitriy Vinogradov
Exclusive Tour of Syrian Airbase Russia is Using to Bomb ISIL (VIDEO)
According to one of the representatives of the US Air Force, the Su-25SM aircraft is the best for conducting air-land operations, American magazine The National Interest wrote.

The Su-25 SM, or the ‘Frogfoot,’ is an armored beast of an aircraft with an armored cockpit. The Russian air force has upgraded dozens of Su-25s to the latest SM standard, which includes a glass cockpit, a GLONASS satellite navigation system and modern avionics that would allow for the use of precision-guided weaponries.

While the Su-24 is a good long-range battlefield ‘interdiction aircraft’, it is not particularly suitable for working closely with ground troops at “danger close” distances.

However, “the Su-25—like its American A-10 Warthog counterpart—was purpose-built as a close air support aircraft in the tradition of the Soviet Union’s much-venerated Ilyushin Il-2 Sturmovik from the Second World War,” The National Interest reported.

Although ‘Frogfoot’ is a reliable aircraft there is a high-risk of low-altitude missions that Su-25 pilots fly. Although ISIL does not have sophisticated air defenses, it does have anti-aircraft artillery and it is likely that Russian aircrews will have to closely coordinate with Syrian ground forces while flying at low altitudes.

The presence of Syrian ground forces to identify targets should make Russian airstrikes more effective—assuming that Assad’s forces and the Russians can properly coordinate, The National Interest noted.

There is almost one hundred percent surety that the Su-25SM will be a key element in the anti-ISIL campaign, with more than a dozen of these aircraft able to provide sufficient frequency of flights to conduct continuous strikes, according to the publication.