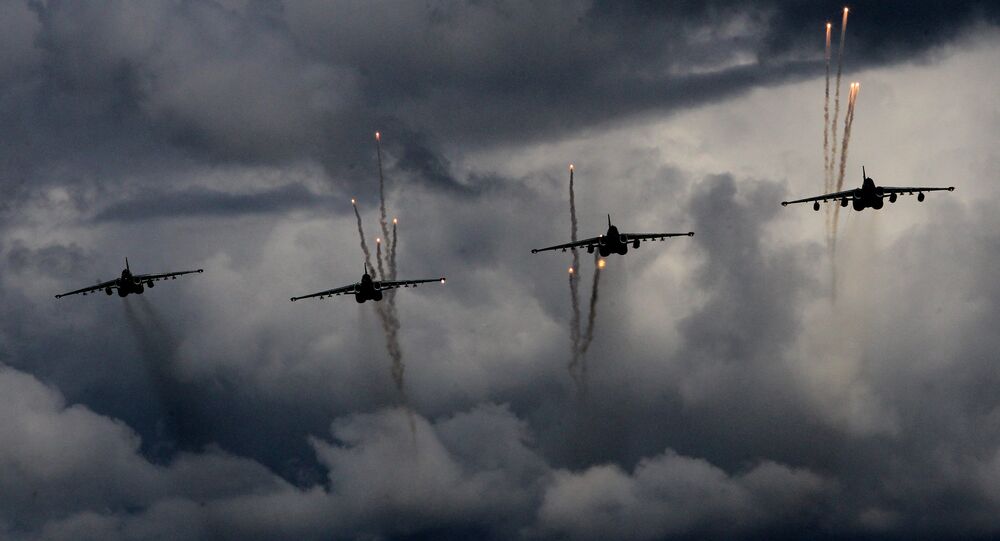 The Russian and US military discussed the safe use of aviation in Syria as well as the capabilities of the Baghdad Information Center.

“Yesterday, on the initiative of the American side, there was a video-conference between representatives of the Russian Defense Ministry and the Pentagon. Issues on providing for the safe use of aviation over the territory of Syria were discussed, as well as the potential of the newly created Baghdad Information Center,” Konashenkov said.

He said the video-conference lasted approximately one hour.

On Wednesday, Russia started carrying out pinpoint airstrikes on Islamic State positions in Syria. The military operation is being performed at the request of Syrian President Bashar Assad.

© Sputnik / Andrei Aleksandrov
Russian Air Force Destroys ISIL Command Center, Training Camp in Syria
On Thursday, Putin expressed hope that the Russian-US dialogue on coordinating actions to combat terrorism in Syria would result in the creation of a permanent mechanism for information coordination.

A US-led coalition of over 60 states has been conducting airstrikes against ISIL positions in Syria since 2014, without seeking approval from Damascus.

There have been instances of up to 150 US aircraft being in Syrian airspace at the same time, according to a member of the Defense Commission at the French National Assembly, Nicolas Dhuicq.

US Has No Plans to Share Intelligence With Russia on Syria

Russian, US Military Discuss Avoiding Conflict of Interests in Syria