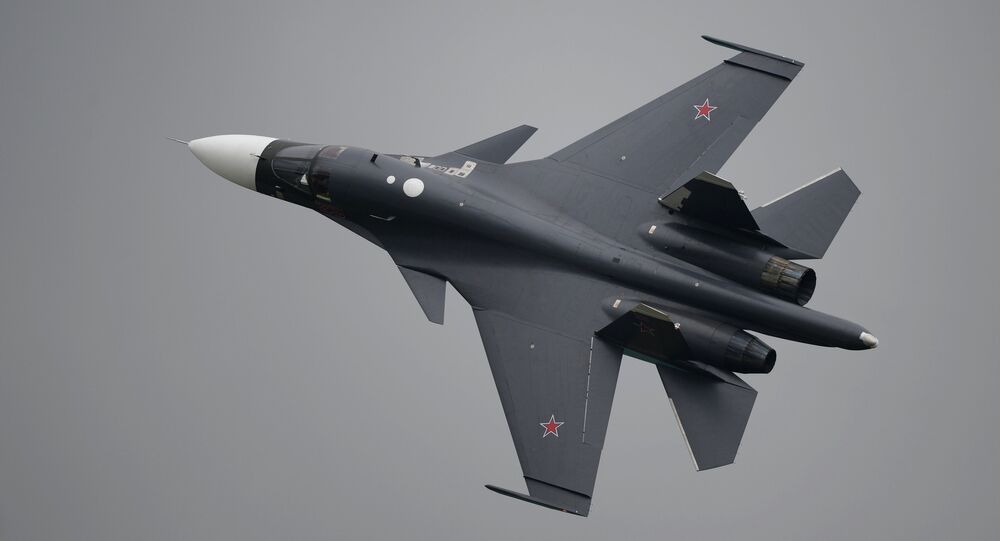 The combat aircraft can deliver airstrikes with ultimate precision, averting wrong hits. The Russian Defense Ministry has published a video of Su-34 airstrikes against ISIL targets in Syria.

“Russian Su-34s have carried out precision strikes at targets from an altitude of more than 5,000 meters [16,400 feet]. The on-board target navigation systems of these aircraft can allow for the strike of ground targets with absolute preciseness,” Konashenkov said.

“A system of engineering, technical, and other support has been created at the Hmaimim Airbase. Dozens of facilities for the field infrastructure were set up quickly, including refueling points, warehouses, field kitchens, and a bakery,” Russian Air Force spokesman Col. Igor Klimov told journalists.

He added that there are also “10 refueling aircraft used to refuel planes and helicopters.”

© Sputnik / Andrei Aleksandrov
Russian Air Force Destroys ISIL Command Center, Training Camp in Syria
On Wednesday, Russia’s upper house of parliament approved the use of Russian Armed Forces abroad, following a request by Russian President Vladimir Putin. According to the Kremlin, Russia intends to only use the country's air force in its operations against the Islamic State in Syria and will not deploy ground troops there.

Earlier in the day, the Russian Defense Ministry said Russian combat jets had carried out 18 sorties over ISIL group positions, destroying a total of 12 targets, including an ISIL training camp, a command post and a communication center, in the past 24 hours.

The military operation is being carried out at the request of Syrian President Bashar Assad.

The Majestic Su-34 DOGFIGHTS Its Cousin, the Su-27