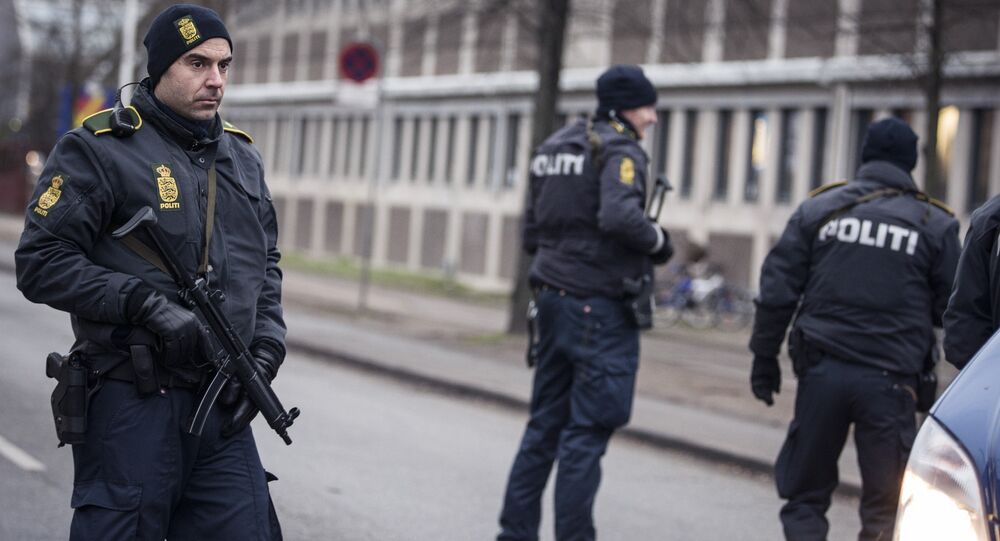 Fears of hundreds of Islamist militants sneaking into Denmark with refugees are quite exaggerated, if a Danish security agency is to be believed.

© REUTERS / Claus Bech
Some 30,000 Take Part in Pro-Refugee Rally in Copenhagen
At a recent press conference, the Danish Security and Intelligence Service (PET) countered rumors of ISIL benefiting from the EU refugee crisis by sending dozens of its supporters to European countries, aiming to spread terror across Europe in the near future.

The head of Denmark's primary security agency, Finn Andersen, said it’s not a likely route for jihadists to infiltrate the kingdom, according to intelligence.

“Based on the intelligence we have, we don’t believe that organized militant groups will use human smugglers or refugee routes in an attempt to get terrorists into Denmark – simply because the route is not desirable,” Andersen said at a press conference this week, as cited by TheLocal.dk.

© AFP 2021 / STR
ISIL Thugs May Swarm Europe if EU Refuses to Cooperate With Syria
ISIL claims it sent thousands of its militants alongside refugees and migrants currently coming to Europe in masses. PET refers to this notion, widespread on social media and in public discussion, as “misdirection”.

According to the Danish police intelligence service, the majority of refugees are actually fleeing from warring Islamist groups and, as a consequence, they are unlikely to feel sympathy either with ISIL or other terrorist organizations.

However, PET does not fully rule out a possibility that ISIL sympathizers are coming with the refugees.

“But it of course cannot be rejected that among the refugees will be individuals who sympathize with Islamic propaganda,” Andersen noted.

Neighboring Norway isn't too worried about Islamic terrorists sneaking into the country, but about the surge of far-right domestic extremism caused by the arrival of a large number of refugees, a recent report by the Norwegian Police Security Service (PST) exposed.

Media reports and statements by officials on Islamic State terrorists arriving to Europe under the guise of refugees are a sign of anti-migrant hysteria, a founding member of the UK No One Is Illegal advocacy group told Sputnik earlier this month.

In the beginning of September, media reported citing an unnamed ISIL operative that 4,000 covert ISIL terrorists had arrived to several European countries under the guise of migrants.

“I don't think anyone has ever managed to produce an example of a terrorist who had previously been a refugee or asylum seeker. If such a person had ever actually existed, their pictures would have been all over the right-wing media for weeks… Their present source, “a jihadist”, sounds as fishy as earlier sensational efforts,” Bob Hughes said.

© Sputnik / Andrey Stenin
Syrian Refugee Treated as Suspected Terrorist in Germany
Hughes recounted several examples in history where refugees were even killed because of rumors that there could be disguised enemies among them.

German authorities are currently investigating a Syrian asylum seeker who boasted to roommates that he was a member of the terrorist organization Islamic State, according to an earlier report in Welt am Sonntag.

The French press also reported recently that police in Calais were searching for a suspected ISIL terrorist who could be hiding in the port's so-called 'Jungle Camp'. According to La Voix du Nord newspaper the 'lone wolf' extremists left Syria and traveled overland to France.

Europe is currently experiencing a large-scale migration crisis, as thousands of refugees attempt to cross into the bloc.

Refugees in Danger of Being Groomed by Muslim Radicals - German Intel