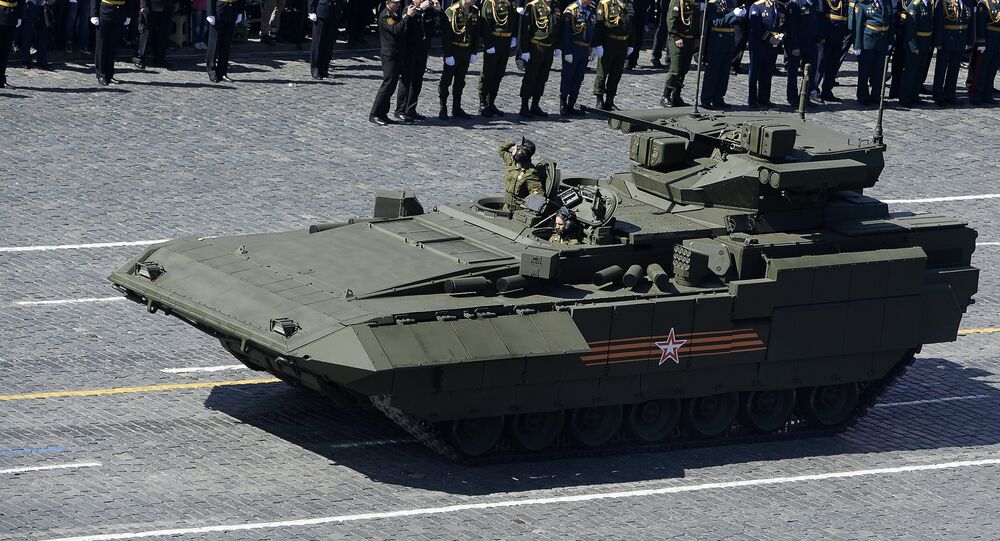 Engine power for the new Russian Armata tank will be increased from 1.5 thousand to 1.8 thousand horsepower. This was stated by Director General of “Uralvagonzavod” Oleg Siyenko in an interview to ‘Rossiyskaya Gazeta.’

“Currently the (engine) has been created but the new invention is confidential. I can only say that the work on engine completion continues,” Siyenko said.

Regarding the innovation of the Armata, the expert said that the main thing today is the protection of the crew, its survival and the possibility of gaining combat experience.

According to him, Russian electronics mounted on combat vehicles demonstrate satisfactory reliability.

Earlier it was reported that Russia's cutting edge piece of military equipment would not remain static. Its designers said that the Armata could well become the world’s first unmanned tank.