The Russian Black Sea Fleet flagship Moskva left the city of Sevastopol for the Turkish Straits to take part in drills in the Mediterranean, the country's Defense Ministry said in a news release issued Thursday.

MOSCOW (Sputnik) — The warship will take part in planned exercises in the eastern Mediterranean as part of a permanent Russian Navy tactical group.

"The crews of Russian ships…will practice the organization of anti-submarine, anti-aircraft and anti-ship defense, search and rescue missions, as well as communication training and assistance to the crews of ships and aircraft in distress at sea," the news release said.

Over 40 different combat exercises will be carried out by the group, including missile and artillery firing at surface and air targets. 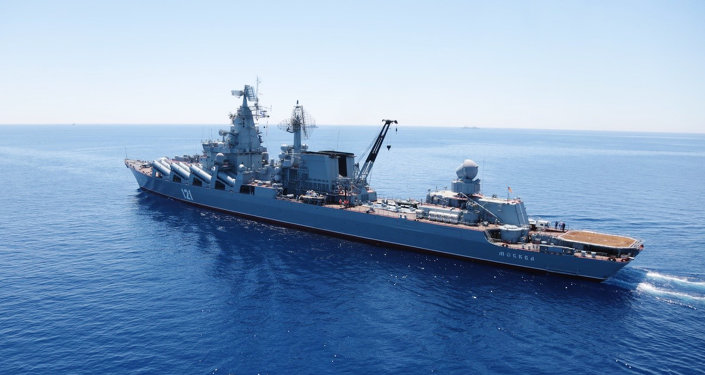 The Black Sea Fleet is stationed in both Crimea and the neighboring Krasnodar Territory and operates in both the Black and the Mediterranean Seas.