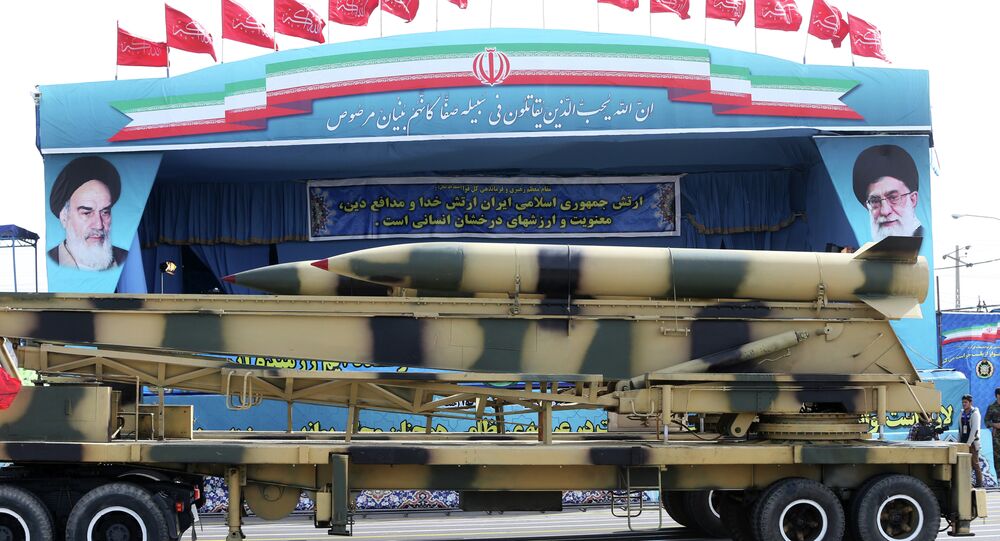 The Iranian Armed Forces displayed various types of home-made ballistic and long-range missiles during the annual military parades in Tehran on Tuesday.

The September 22 annual parade marked the start of the Week of Sacred Defense, in honor of Iranians' sacrifices during the 8 years of Iraqi imposed war on Iran in 1980s.

President Hassan Rouhani and senior military and government officials as well as foreign diplomats, military attaches and reporters were present during the parade.

Head of the IRGC Public Relations Department General, Ramezan Sharif, announced that Iran planned to display its latest achievements in area of the missile industries in military parades on Tuesday.

“In this year's parades, a part of the latest Armed Forces' achievements in the missile, marine, ground, air defense and communications sectors will be displayed,” Iranian media reported.

He further pointed to the country's naval capabilities for powerful presence in the high seas and protecting the country's cargo ships and oil tankers, “We needed to develop the production line of destroyers and warships to achieve this goal which has been materialized.”