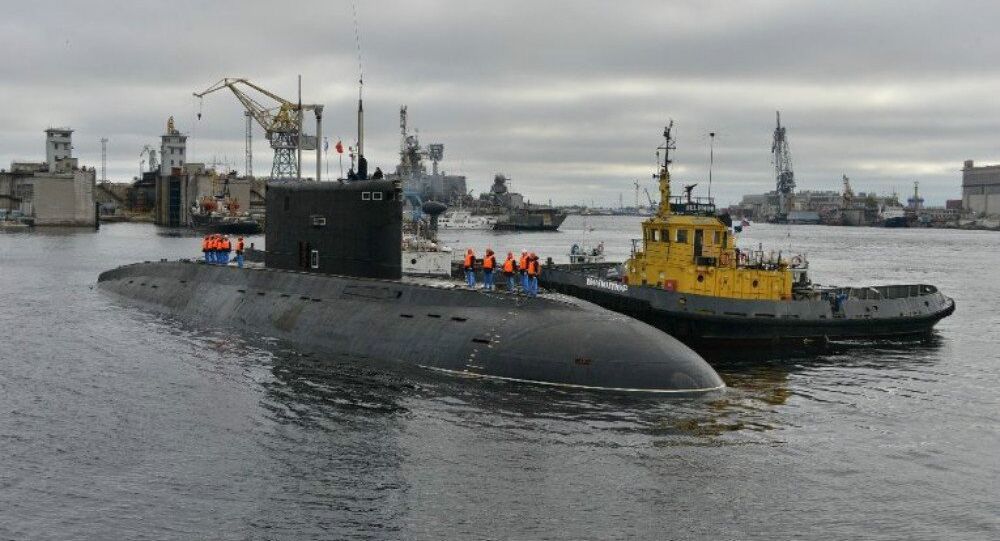 Vladikavkaz, a Kilo-class diesel submarine first commissioned by the Russian Navy in 1990, will return to service on Wednesday.

MOSCOW (Sputnik) – The Russian Navy will accept its advanced diesel submarine into service a month ahead of schedule after extensive overhauls, a Navy spokesman said Tuesday.

© AP Photo / VICTORIA AROCHO
Russian Vessel Near US Submarine Base Sparks Pentagon Frenzy
Dygalo said the Vladikavkaz, a Kilo-class diesel submarine first commissioned by the Russian Navy in 1990, will return to service on Wednesday having had its military and performance characteristics significantly improved.

Vladikavkaz passed all the speed, handling, noise and many other parameters designated by the Navy during tests in early August 2015, the Navy spokesman added.

The ceremony marking the signing of the submarine’s handover is slated to take place at the Zvezdochka shipyard in north Russia in the presence of the Main Command of the Navy.

Kilo-class submarines, sometimes dubbed "Black Holes" for their ability to "disappear," are thought to be one of the quietest diesel-electric submarine classes in the world.