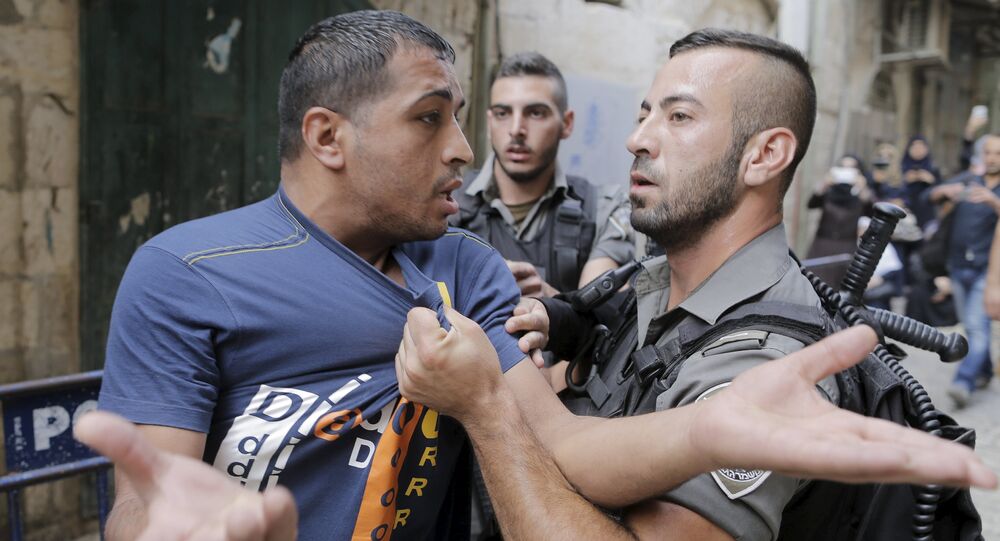 Palestinians to 'Pay Dearly' for Clashes With Police in Jerusalem - Mayor

MOSCOW (Sputnik) — Police said earlier on Friday that Palestinians attacked them with firebombs after the Israeli officers cleared the road blocked by the rioters. At least seven individuals were injured during the clashes.

"We will prosecute them, and they will pay dearly," Barkat said, as quoted by the Jerusalem Post.

© Flickr / Elvert Barnes
Carter Invites Israeli Defense Minister Yaalon to Visit Pentagon in October
The clashes between Palestinians and policemen broke out on September 13, after the policemen stormed the Al-Aqsa Mosque compound to detain the people suspected of throwing stones in the officers.

Palestinians seek the recognition of their independent state on territories of the West Bank, including East Jerusalem, partially occupied by Israel, as well as in the Gaza Strip.

Palestinians have designated Jerusalem as their capital and have called on Israel to return territories seized in the 1967 Six-Day War.