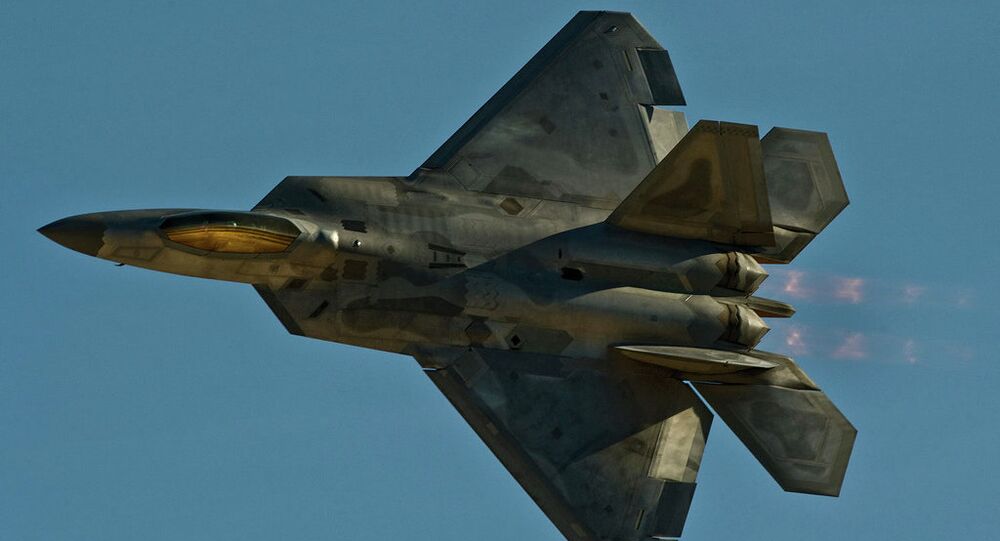 The US Air Force is facing a serious dilemma: insufficient air superiority fighters as potential competitors Russia and China build up their capabilities in the field, an article in The National Interest by Dave Majumdar read.

© Flickr / Samuel King Jr
US Air Force Diluted F-35’s Capabilities to Meet Deadline, Congress’ Demands
The Lockheed Martin F-35 fifth-generation jet fighter has its share of issues. Meanwhile, the F-22 Raptor fleet was terminated after only 187 aircraft were built, less than 50 percent of the 381 jets needed by the military.

According to the article, the F-22 was a formidable combat aircraft, with a balanced combination of stealth, speed and maneuvering capabilities.

"It’s simply the best air superiority fighter the United States has ever produced and it was a foolish, shortsighted decision to end its production run prematurely," Majumdar wrote.

But while many within the USAF would like to have the F-22 back in service, this is unlikely to happen taking into account a number of difficulties the military faced in its efforts to repair the jet. It would take an enormous amount of money and time to get the F-22 back, the article read.

What is more, while the F-22 became operational in 2005, the computer architecture of the F-22 Raptor was designed back in the early 1990s.

© Flickr / United States Marine Corps
'Dead Meat' in the Skies: F-35 Will Be Torn to Pieces by Old Fighter Jets
The Raptor’s software is particularly obtuse and difficult to upgrade. This is why arming the jet with the AIM-9 guided air-to-air missile and AIM-120 all-weather short-range air-to-air missile has been so problematic.

Finally, the basic F-22 airframe design originates from the 1980s. Stealth, propulsion, avionics and airframe design have come a long way since the Raptor was designed, the author explained.

If the Air Force decided to return the F-22 to service, it would have to ensure that it would be capable of countering modern contemporary threats.
"The reality is that the Air Force likely will never restart the Raptor production line," he wrote. "The technology is dated and the jet may not be relevant to the threat environment past the 2030s–especially if one considers that the PAK-FA and J-20 are both around the corner."