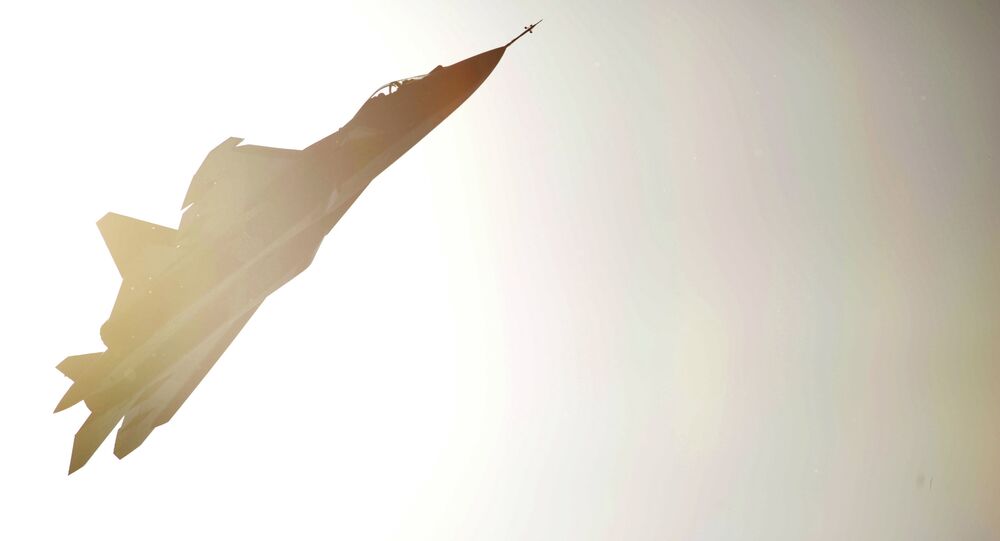 © AP Photo / Misha Japaridze
Russia’s 5 Most Dangerous Military Planes as Seen by US Magazine
WASHINGTON (Sputnik) — Colonel Carl Baker said that "the current threats from Russian and Chinese gen5 aircraft are driving the concern with sensor integration and in hypersonic weapon development."

On Monday, US Air Force Secretary Deborah James said the US military would unveil a new aerospace operating strategy to enhance warfighting and technological capabilities to counter claims that the United States was losing its technological edgea gainst potential adversaries.

Baker explained that the main effort by the military was going into the fields of command and control, networking and integration of sensors and data velocity.

"There are also important organizational issues that must be addressed to maintain superiority in the OODA (observe-orient-decide-act) loop cycle including decentralization of command and control facilities and inter-organizational training and operational interface," Baker said.

Baker also noted that the gen5 aircraft strategy is focusing on stealth qualities and information fusion.

"[Drone development]creates some concern with cyber protection and a diffusion of battle space management capabilities," he said.