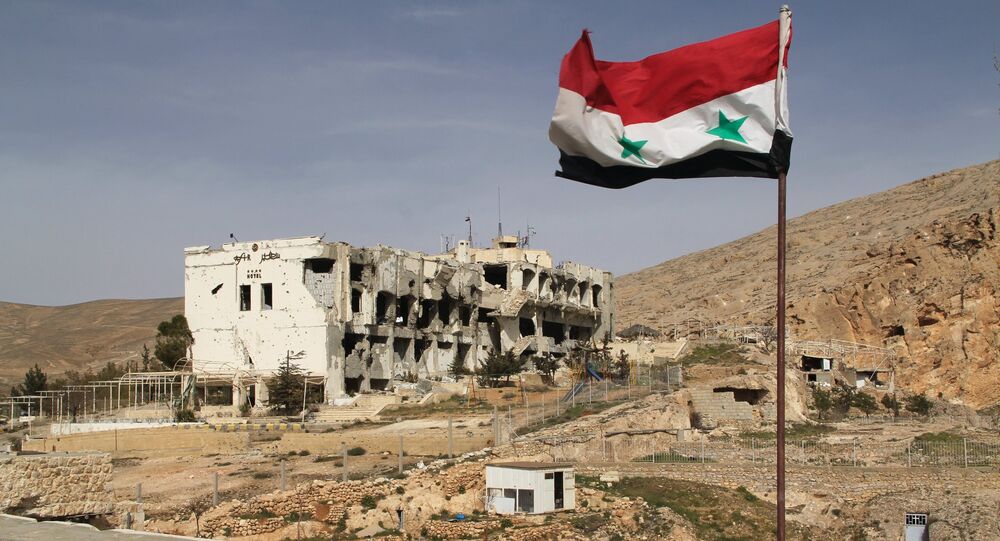 US May Establish Deconfliction Tool if Russia Operates Aircraft in Syria

Washington would likely have to take measures to avoid military interference in US efforts against the Islamic State if Russia operates aircraft within Syria, US Undersecretary of Defense for Policy Christine Wormuth said on Wednesday.

© Sputnik / Alexey Kudenko
Russia Not Setting Up Airbase in Syria, 'But Anything Can Happen'
WASHINGTON (Sputnik) — Russia has been actively participating in international efforts to find a political solution to the conflict in Syria, as well as providing humanitarian aid to the Syrian people and military equipment to the Syrian Army to fight extremist Islamic groups.

Since the beginning of the Syrian civil war in 2011, the United States has supported the overthrow of the Assad government, while Russia has recognized Assad as the legitimate Syrian authority.

"If, in fact, it gets to a point where we see Russian aircraft operating in that area, we would, I imagine, have to set up some kind of deconfliction mechanism so that we can continue our counter-ISIL campaign there," Wormuth told the Senate Armed Services Committee.

© AFP 2020 / LOUAI BESHARA
Russia Can Prevent US ‘Hidden Agenda’ Emerging in Syria
The Commander of US Central Command, Gen. Lloyd Austin, noted earlier on Wednesday that Russian aircraft could pose a threat to US or coalition air assets, if they were "trying to operate in the same space."

On Monday, the Pentagon alleged that Russia was building a forward airbase in Syria, acknowledging that a Russian presence in Syrian airspace could complicate the coalition's efforts against ISIL.

Russian Foreign Minister Sergei Lavrov confirmed that Russian flights in Syria are related to the delivery of defensive equipment to support the Syrian government military.